Respawn’s Apex Legends has only been in the wild for a little over a month. In that time, it’s gained a fair bit of press coverage for various incredibly high statistics.

A week after launch, Apex Legendsbroke the 10 million player mark, with 2 million concurrent players; shortly after, it shattered Fortnite‘s single-day Twitch viewership record and now has over 50 million players.

With numbers like that, it’s inevitable some of those players would have less than completely pure intentions. Two weeks after launch, Respawn reported it had banned more than 16,000 players because of cheating. In keeping with the rapidly increasing number of players, the number of cheaters rose drastically and quickly as well.

In a recent Reddit update, Respawn’s community manager, Jay Frechette, stated Respawn has now banned more than 355,000 cheaters. The company is, thus, scaling up its anti-cheating efforts in the near future to both preclude cheating, like wallhacks and aimbots, more effectively and combat it when it does happen. 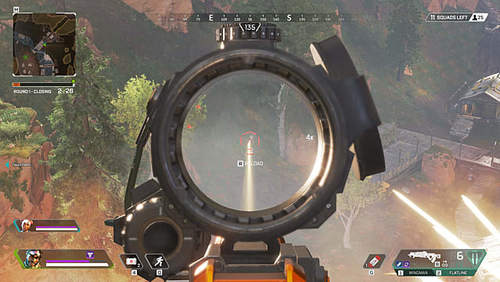 Naturally, Frechette couldn’t be very descriptive about Respawn’s plans, but he did mention Respawn will be working with EA and other anti-cheating specialists to ramp up their efforts. This includes building an internal anti-cheating team and adding a player report feature to Apex Legends. This will allow players to send data directly to Easy Anti-Cheat, one of the most used and well known anti-cheating companies in the gaming industry.

Some fans expressed dismay after finding out Respawn would be using the Epic Games-owned company for its anti-cheating plan, since, like with anti-piracy companies, its record is hardly flawless.

However, it’s almost impossible to completely root out cheaters or find a service completely devoid of flaws. Detecting rootkits is one thing, but when Apex Legends players are working out multiple wallhacks and damage multipliers within a week of launch, any anti-cheat measure is going to be an uphill battle.