Koei Tecmo and Team Ninja’s Dead or Alive series has been around for a long time. The most recent iteration, Dead or Alive 6, launched just a few weeks ago to middling reviews.

Despite the game offering a fair bit of depth and being an impressive entry in the fighter genre, some reviewers bemoaned the lack of single-player content compared to previous entries and the game’s currently rather bare quest mode.

However, it’s that single-player content that Koei Tecmo is highlighting in a recent announcement. Starting today, PlayStation 4, Xbox One, and Steam players can download Dead or Alive 6: Core Fighters for free to get a sample of what the game has to offer.

One of the main features that will be available in Core Fighters is the beginning of the main game’s Story Mode.

Dead or Alive 6’s narrative picks up immediately where Dead or Alive 5‘s story left off. Despite not having quite as much content right now as the previous games, many players find it a nice way to break from multiplayer combat and solid single-player offering. Moreover, it’s a step up from 5‘s free to play mode, which kept Story Mode locked. 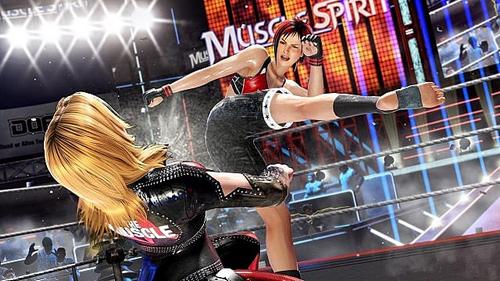 However, like with the previous games’ free-to-play offering, players will get to experience the multiplayer element as well.

There are 26 fighters to choose from in the main game, and Core Fighters gives you access to four: Kasumi, Hitomi, Diego, and Bass. It’s a balanced offering, and we even consider two of them among the 11 top charactersDead or Alive 6 players could choose from.

Player rewards for doing so also include new costumes — costumes that would otherwise cost real money to purchase. It’s fitting, then, that players will also be given access to DoA central, the hub where they can change costumes, view the theatre, and listen to music.

Dead or Alive 6 is also getting its second update today. The update brings new victory and intro scenes, a variety of new, high-level DoA quests, and some general balancing changes.

There is also the first distribution of Season Pass content, focusing on the Happy Wedding theme.