Metro Exodus‘s first update, Ranger, debuts today and includes bug fixes, a range of improvements for the console and PC versions, and an expansive New Game+ mode. Deep Silver and 4A games announced the changes today and detailed the new mode.

New Game+ will allow players to carry over their weapons and attachments gathered during the first playthrough. It also provides a wide variety of customizable features so players can make their second time through completely their own.

Of particular interest is the developer commentary feature. There will be hidden tapes players can find throughout the game in New Game+ that offers some commentary about that particular area.

The developers also said the bug and crash fixes were made based on the extensive feedback received from players, including the dump files and crash reports submitted to them. 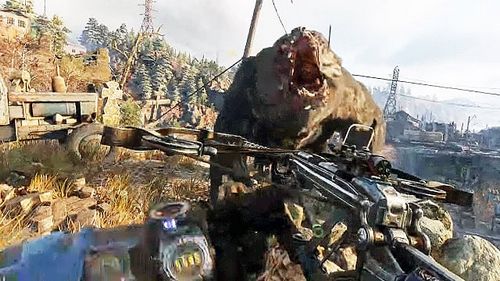 The full patch notes can be found below:

New Game+ becomes available from the New Game menu after completing the game once.

Please note: Starting a new game in Regular Mode or in New Game + will clear your Quick/Auto/Chapter Select saves. You will need to progress again to access later levels.

Despite the controversy surrounding its move to the Epic Games Store and the backlash it faced, Metro Exodus is already proving to be a big hit with fans. It seems the Ranger update is set to offer an even grander adventure.

If you’re still trying to finish the game so you can access New Game+, check out our Metro Exodus guides for some helpful tips.

You Can Grab Sekiro: Shadows Die Twice For $5 Off On PC