Digital Extremes’ popular online shooter, Warframe, is celebrating its sixth anniversary this week with an assortment of freebies. On Wednesday, March 27, players across PS4, Xbox One, PC, and Nintendo Switch will receive an exclusive Liset skin, along with all previous anniversary gifts, including last year’s Dex Excalibur skin. 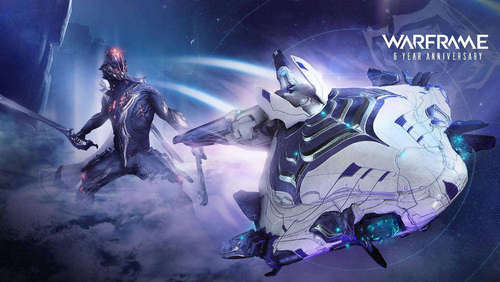 2018 turned out to be the biggest year yet for Warframe, Digital Extremes touted. Not only did the title receive more than 26 updates and 111 hotfixes over the course of the year, it made its Switch debut with an impressive port last November. The game’s registered user base also saw an impressive increase, jumping from 38 million players last March to «nearly» 50 million as of this month.

The Profit Taker, the first big content update for Warframe’s Fortuna expansion, launched in December 2018. Since then, Digital Extremes has rolled out the Operation: Buried Debts update, which introduced another new Warframe to the game—Hildryn—and made the first «phase» of melee combat changes.

Many more updates are in the pipeline for Warframe this year. Digital Extremes is currently at work remastering Plains of Eidolon and Gas City with «gameplay and graphical overhauls that renew both areas.» The developer has also announced Railjack and The New World, two new «game-changing» updates on the way in the near future.

«There’s really no other game on the Switch like Warframe,» we said of the recent Switch port. «Though it’s often been seen as the ‘Destiny’ before Destiny, it certainly goes out of its ways to offer up options and different adventures for players, all of which give off this unique flavor that makes it stand out online action games. It’s one of those games that’s gotten better with age, and with the amount of content that’s still on the way, Warframe on Switch will likely be a solid gateway for those craving an involved action-RPG to dive into.»