Sony has announced a new Iron Man video game for PS4. Called Marvel’s Iron Man VR, the game puts you behind the visor of the Iron Avenger, allowing you fly amongst the clouds and blast baddies via a PlayStation VR headset. The announcement trailer for the game can be seen above. 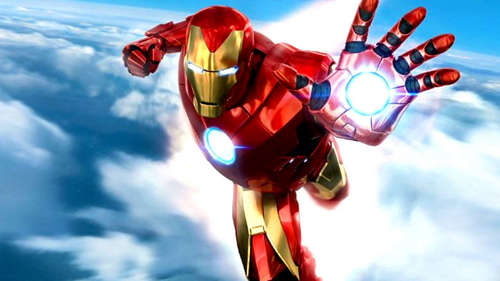 Iron Man VR is being developed by Camouflaj, a developer that previously created Republique and its VR port. In a blog post, Camouflaj director Ryan Payton wrote that his team is looking to create «a deeply personal, and appropriately funny, narrative» in Iron Man VR that sees Tony confront «ghosts from his past.»

We didn’t get too many details about Iron Man VR’s gameplay, other than you’ll have Friday—one of Iron Man’s virtual assistants—offer combat and mission support during gameplay. Anyone who’s been keeping up with the Marvel Cinematic Universe might recognize Friday as the assistant that Tony uploads into his suit after his previous assistant, Jarvis, evolved to become Vision during the events of Avengers: Age of Ultron.

The trailer starts out with Tony on a plane talking to Friday, although the trailer notes this cutscene is not actual gameplay. Their conversation is interrupted by a mysterious hacker and then suddenly—much like in Iron Man 3—the side of the plane is blown out and Tony is sucked out into the sky. Thankfully, Friday sends the pieces of his suit to him, and after armoring up, Tony flies off into the sky after the plane.

It looks like Iron Man VR will be played entirely in first person without customary cutscenes. Combat is a mixture of flight, repulser blasts, and punching. You use the PSVR headset to look around, as attacks can come in from all directions.

In comparison to Marvel’s Spider-Man, Iron Man VR is a pretty different take on making a video game for a mainline superhero. Also a Sony exclusive, Spider-Man is an action role-playing game that puts you into the webbed feet of everyone’s favorite wall-crawler. Despite being in third-person, Spider-Man manages to make you feel like you really are web-swinging through New York City and taking down thugs and criminals with all the deadly grace of a human spider. It would be cool if Sony manages to do something similar with Iron Man VR—creating a game that emulates the feeling of being a superhero.

Iron Man VR is currently scheduled for PSVR and will release sometime in 2019. As Sony Worldwide Studios is involved, Iron Man VR could be a PS4 exclusive, but that has not been confirmed.