Since it launched near the end of last year, gamers have been comparing the Epic Games Store to Steam. Notwithstanding the conversations that centered on how each storefront would pay developers, the average gamer was more concerned about features that many felt should have existed on the platform at launch. 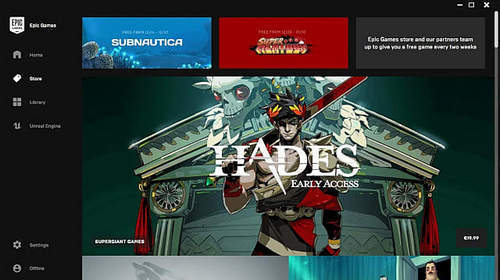 Due to its long, long life, Valve’s Steam platform boasts a plethora of features that most gamers expect other stores to have at launch. While it’s true that Steam took a while to add things like user reviews, wishlists, tag supports, and a shopping cart, the logic goes that since it exists on Steam, other companies should know these are things people want.

Although they are going a different direction than Steam, it didn’t take long for Epic to announce plans for user reviews. Where Steam users can openly review any game uploaded to the platform, Epic plans on letting developers opt in to reviews, meaning devs that don’t want their game to be reviewed don’t have to enable the feature.

The company shared their plans for the Epic Game store via a roadmap on a public Trello board. The board is divided into five main sections, «Recently Shipped Features», «Near Term (1-3 Months)», «Mid Term (4-6 Months)»,  «Long Term (> 6 Months)», and «Date TBD».

Near Term items include features like a store page redesign and the ability to search games by genre and tag. Cloud saves and store video hosting are also on the list.

Those hoping for a shopping cart are going to have a longer wait, as it’s one of the four features in the long term section.

Gifting is a good ways out, too, so far out, in fact, that it’s categorized with Korean game releases in the TBD section.

All in all, it looks like Epic has pretty solid plans for the service. Players should probably be wary of expecting everything exactly when it’s listed on the roadmap, though. We all know how this kind of stuff works out.

Fortnite Adds Another Marvel Skin, Star-Lord, And Other Items

Destiny 2 Thorn Quest Guide: How To Nab Your Weapon Of Sorrow