Although reviews for the Spyro Reignited Trilogy were mostly positive, praising the remaster’s faithful recreation of the originals’ charm, the PS4 and Xbox One collection also attracted some criticism upon launch. Some people were angered by the game’s lack of subtitles, which many gamers—for example, the hard of hearing—rely on to be able to enjoy games to their fullest. 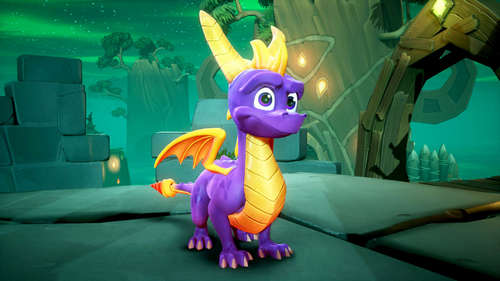 Now, developer Toys for Bob has finally added complete subtitles to the three remastered games in a new update. The patch notes state the subtitles include «character headers to identify active speakers, succinct line splits for readability, [and] colored text for improved character association in most languages.»

Publisher Activision had previously avoided directly addressing the Reignited Trilogy’s lack of subtitles. At the time, it simply stated, «While there’s no industry standard for subtitles, the studio and Activision care about the fans’ experience especially with respect to accessibility for people with different abilities, and will evaluate going forward.»

Video game accessibility options have become a more openly-discussed topic in recent years, though some titles do not meet basic standards of accessibility. Colorblindness options are only just becoming commonplace, for example, while full closed captions—such as those offered by Far Cry: New Dawn—are still rare.