Arriving on March 21 are the action role-playing game Deus Ex: Mankind Divided and the adventure game What Remains of Edith Finch, while Telltale’s The Walking Dead: Michonne hits Xbox Game Pass on March 28. Also out that day is the action RPG Vampyr, while dungeon-crawler Operencia: The Stolen Sun lands on March 29. 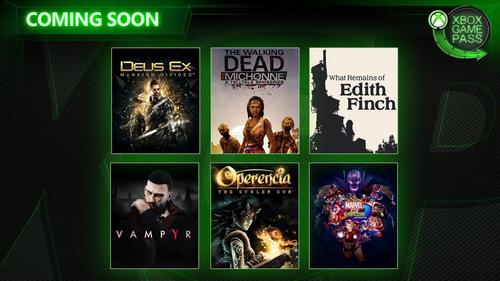 On April 1, the fighting game Marvel vs. Capcom Infinite hits Xbox Game Pass. After that, Microsoft’s sandbox game Minecraft comes to the platform on April 4.

If you’re not among the millions of Xbox Game Pass subscribers already, you can sign up and get the first month for only $1. After that, it’s $10 USD/month.