Phoenix Labs has announced the console release for Dauntless has been delayed. The developer also released further details for what’s included in the Hunt Pass Season 3—which went live today—for the PC version of this free-to-play action RPG. 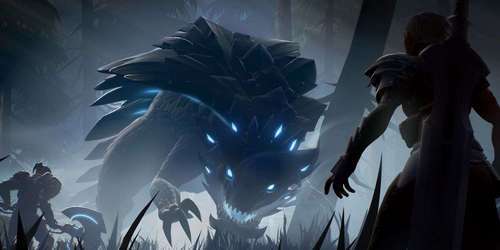 Currently only available on PC via Steam, Dauntless was originally being ported to Xbox One and PS4 for release in April 2019, with a versions for Switch and mobile later in the year. The Xbox One and PS4 versions have now been delayed to Summer 2019, with Phoenix Labs stating it is using the «additional time to polish gameplay, stress-test for scale, and complete additional features.» The PC version of Dauntless is also scheduled to migrate from Steam over to the Epic Games Store, a move which has also been delayed to coincide with the release of the game on Xbox One and PS4.

Currently in open beta on PC, Dauntless will officially launch when it releases on Epic Games Store, Xbox One, and PS4. All of your progress from the beta will carry over, regardless of which system you choose. As Phoenix Labs plans on having all Dauntless players’ saved date be tied to an Epic account, the game will support cross-platform play and progression across all systems. Cross-platform support will extend to the Switch and mobile versions of the game as well when they eventually launch.

The third season of Dauntless Hunt Pass, titled Overgrowth, is now live. Listening to the community, Phoenix Labs has decreased the number of Title rewards you can unlock while increasing the number of Transmog rewards. You’ll earn 500 platinum for completing all levels of the pass, with an additional Elite track costing 1,000 platinum. The new season also brings several aesthetic changes to Dauntless. The snow has completely melted and spring has begun, with moss and vines covering buildings and giant green leaves hanging from the trees and other tall vegetation. Season 3 adds a new weather effect too—rain—as well as new items to find and plenty of collectibles to unlock. Overgrowth will continue until April 16. Complete details about the new season can be found on Dauntless’ website.

Similar to Monster Hunter, Dauntless takes place in a fantasy setting where you hunt down massive creatures in order to collect loot and craft new weapons and gear. Hunts can be lengthy affairs, taking anywhere from a few minutes to nearly half an hour. Like Monster Hunter World, Dauntless can be tackled completely solo or in a team of up to four people.

Another New Apex Legends Character Is Coming In Season 1