EA DICE has revealed the 2019 content roadmap for Battlefield V. The first piece of content drops next week, while the rest is scheduled for the summer and fall. All of the content is free across Xbox One, PS4, and PC. 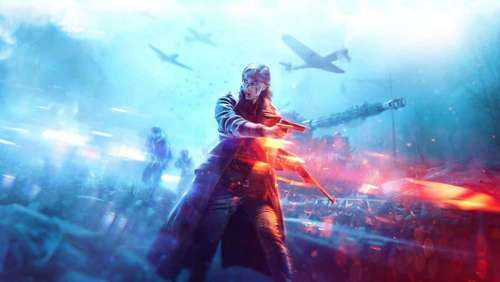 Firestorm is the major piece of new content releasing as part of Trial By Fire. The battle royale mode plays similarly to other games in the genre, but Battlefield V changes up the formula by putting an emphasis on vehicles and including destructible environments. The zone wall is also an encroaching wall of flame that burns down everything in its path.

Chapter 4: Defying the Odds is scheduled for June. The new chapter adds a multiplayer map called Marita and a new multiplayer mode that pits two teams of five against each other in a tight space. In Fall 2019, Chapter 5: Awakening the Giant launches and adds even more content to the game. EA hasn’t announced exact details for this fifth chapter, promising to reveal more at a later date.

In our Battlefield V review, Michael Higham gave the game an 8/10, writing, «The Battlefield series has a winning formula that Battlefield V doesn’t deviate far from, at least for now,» he wrote. «Conquest and the map roster don’t mesh well together, however, Grand Operations—and the other modes within it—steal the show and foster some of the greatest moments the franchise has offered. You might be surprised by the impact of the slight changes made for this entry, especially when you’re deep into pushing or defending objectives in Frontlines alongside teammates fulfilling their roles. That’s when Battlefield V is at its best.»