The latest twist in Destiny 2’s Joker’s Wild content expansion is a new Exotic quest to retrieve Thorn, one of the most-loved and most-hated guns of Destiny 1. What seems to be the opening portion of the quest finds players meeting with the enigmatic Drifter, the guy at the center of the story relating to Thorn, last season’s Exotic quest for The Last Word, and all the stuff going on in Joker’s Wild.

After the latest weekly reset, speaking with the Drifter will ask you to make a choice: side with him, or with the Vanguard, the military leadership of the Guardians. Once you’ve done that, the Drifter sends you to the Spider, the Tangled Shore crime lord players met in the Forsaken expansion, to purchase some illicit goods.

The Spider has more than just «The Jerky,» the item you’re after. His Black Market Goods list, which we’ve never seen before this, includes a bunch of nods to the past of Destiny 2 and Destiny 1. Among those wares is a callback to everyone’s favorite Destiny 1 weapon: Gjallarhorn, a seriously powerful Exotic rocket launcher.

In the Spider’s store, you’ll have to recognize the Gjallarhorn by its icon, which will look familiar to longtime players. It’s known as the Midnight Special to the Spider, and as the description notes, it’s not actually an authentic version of the heavy weapon, but a non-functional replica. It’s also impossible to purchase, like all of these items—but even if you could, the price of 20 Exotic engrams, the rarest drops in the game, wouldn’t be worth it. 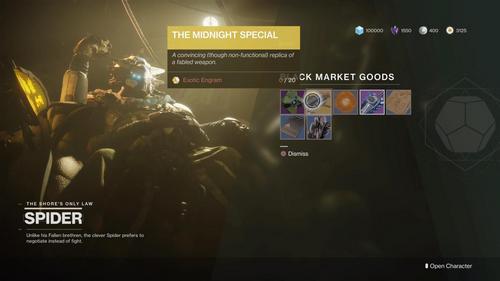 There are other goofy items in the Spider’s offerings. They include an imprisoned Ghost (the Spider apparently likes to eat them); a «seedmind,» which is apparently the start of a Warmind like Rasputin; maps with coordinates outside of the solar system; a key to the quarters of Executor Hideo, the Faction representative for New Monarchy in the Tower; and Hadium Flakes, an old Destiny 1 material. Just about all of the items also require you to pay in currencies that no longer exist in Destiny 2 or are impossible to come by.

So unfortunately, Gjallarhorn’s return to Destiny is just a gag—but it’s a pretty good one. With Bungie greatly expanding the story of Destiny 2 in its second year, and with the return of several guns from Destiny 1 including Thorn and The Last Word, though, it’s probably a good idea not to rule out Gjallarhorn ever making it back into the game.

Fortnite Week 10 Guide: Where To Launch Through Flaming Hoops 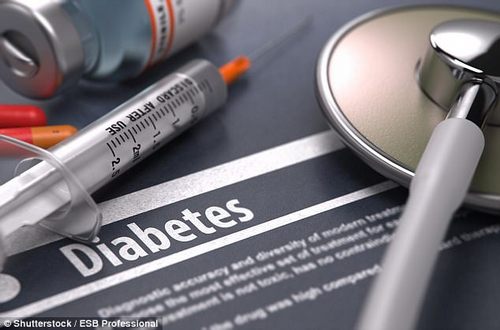