Overwatch’s newest hero, Baptiste, will arrive for everyone next week. Blizzard announced today that Baptiste will launch on the game’s live servers on March 19. 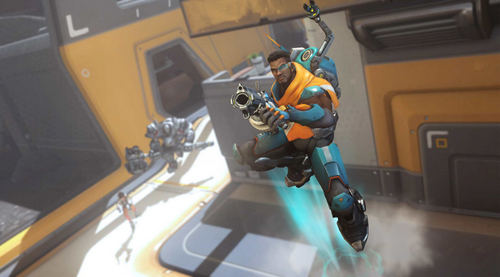 Here’s a new sizzle reel that Blizzard released to hype the announcement:

Baptiste has been available on Overwatch’s PTR for a while already on PC, but this will be the first time that he’s available for everyone on all platforms.

Overwatch’s 30th hero, Baptiste is a combat medic who serves as a support class in Blizzard’s hero shooter. His primary weapon is the Biotic Launcher, which is a burst-fire rifle that fires three rounds at a time. His secondary fire heals allies. He also jump extra high thanks to his powerful Exo Boots.

Check out the video in the embed above to see Baptiste in action.