While we still have some questions about Google’s Stadia game streaming service, and now know that the Stadia-specific controller will be required for anyone wanting to play on their TVs, we do know that the service will feature adaptive technology on Day One. 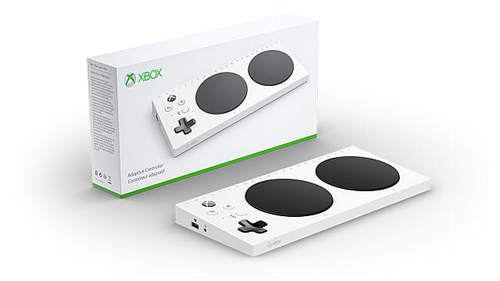 During the Stadia announcement, Google noted that those playing on PC could use any wired USB peripheral to play games through the service. This includes the Adaptive Controller, a peripheral designed by Microsoft to make gaming more accessible to players with disabilities.

The Adaptive Controller is modular, allowing different peripherals to be attached to it via the 19 3.5 mm jacks along the back of the controller, giving players even more options on how to use the device. The base controller is programmable, making the two large buttons that would otherwise seem limited nearly limitless in how players can use it.

Since it launched last year, the adaptive controller has received highly complimentary feedback from groups like Able Gamers and others who believe it’s a true step in the right direction from Microsoft, assuring that games really can be played by anyone.

The inclusion of the controller as a device supported by Stadia is a smart move on Google’s part as well, even if it’s limited to PCs for now.