Video game industry veteran Jade Raymond, who produced the original Assassin’s Creed before joining EA where she worked on Star Wars, has landed a new job at Google. 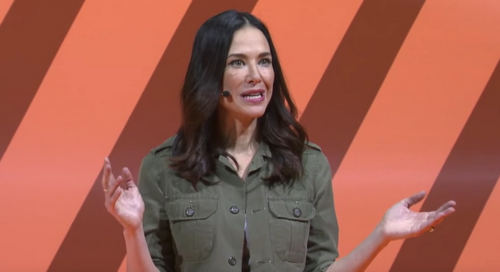 Raymond announced on Twitter today that she’s working at Google as a vice president. That’s all she had to say on the matter, so it’s unclear exactly what she’s doing at Google.

Google operates a gaming business with its Project Stream technology that is set to be formally unveiled next during the Game Developers Conference. Raymond would be at least Google’s second high-profile gaming hire, following former PlayStation and Xbox boss Phil Harrison who joined Google as a VP in January 2018.

I’m excited to finally be able to share that I have joined Google as VP!

As for Google’s GDC event, the company plans to unveil its «vision for the future of gaming»—and it could be related to streaming. In 2018, Google partnered with Ubisoft to test its Project Stream technology that made Assassin’s Creed Odyssey playable straight through a Google Chrome browser.

For more on cloud gaming, check out GameSpot’s primer that explains what cloud gaming is all about and how it could shake up the industry.

In other news, recent rumors have circulated regarding Google’s so-called «Project Yeti,» which is said to be its own take on the home console. It would focus on streaming, and may even have its own exclusive games, but the price and details are unknown.

ThinkGeek Offering 31.4% Off Everything Sitewide in Honor of Pi Day

Getting Kills As The Adrenaline Junky