It’s been a long time coming, considering the leaked images and rumors, but today Valve finally revealed its virtual reality headset, the Valve Index. A page dedicated to the Index went live on Steam, Valve’s PC games distribution platform. The page includes the first official image of the VR headset.

As of now, there isn’t much information since no details on price, technical specifications, or its functionality have been given. Index does have a release window, though: May 2019. Judging from the official teaser image, it’ll have at least two built-in sensors (or cameras) on the headset itself, and what appears to be IPD and viewing distance adjustment notches. No indication has been made about whether or not the SteamVR Knuckle controllers will be a part of Index, although an updated prototype was shown last year. 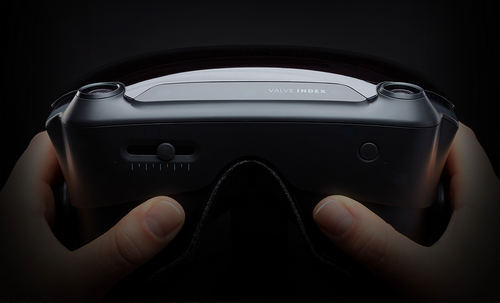 Valve previously partnered with HTC for the development of Vive the headset and integrating it into the Steam ecosystem. Valve Index isn’t the only new thing coming to VR gaming this year; Oculus announced two new headsets slated for Spring 2019 release. The Oculus Rift S will be an upgraded version of the Rift that’ll feature built-in tracking sensors, a higher resolution, and a more ergonomic head strap. Those looking to go completely untethered will want to lookout for the Oculus Quest, a standalone VR headset powered by the Qualcomm Snapdragon 835 processor. Both Oculus headsets will launch at $400 USD.