Since first revealing World of Warcraft Classic at last year’s BlizzCon, Blizzard has made a few adjustments to some of its plans for the game. Recently, the company announced that while it woud add loot trading for Soulbound gear to WoW Classic, it would be limited to raids. 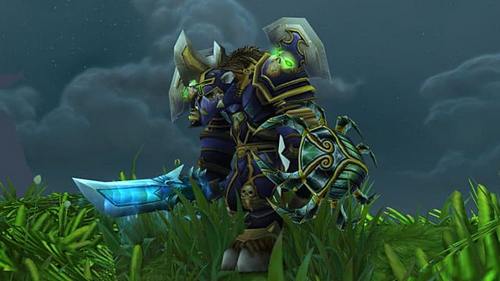 Loot trading was not a feature in Vanilla WoW. In fact, the functionality was added in Wrath of the Lich King to address to make things easier for both players and the game’s support team. Before implementing loot trading, both parties were often require to jump through a series of hoops when the wrong member of a party accidentally ended up with loot intended for someone else.

Prior to the addition of loot trading, the only way to fix this issue would be for players to contact Blizzard support and ask them to transfer the item to the proper player or party.

The process was immediate. Hence the implementation of the system, which cut out the middle man and the wait.

However, players voiced concerns with the system. Mostly, they were worried that players who plugged into a group of players who knew each other might end up shafted by the other members in their party who could conspire to keep them from getting loot.

The concern was primarily addressed for five-member parties. Raiders, on the other hand, accepted that it was the nature of large group play. So, to address the issue, Blizzard has decided that the trading of Soulbound loot can only occur in raids. Any Soulbound loot that drops in five-man content will remain untradeable.

That said, even the trading of Soulbound loot in raids has its limits. Those who end up with items they want to trade will only be able to do it for up to two hours after the item is obtained. After that, they’re stuck with it.