Following the announcement of Halo: The Master Chief Collection for PC, many wondered if the title would be included in the Xbox Play Anywhere program. As it turns out, it won’t. 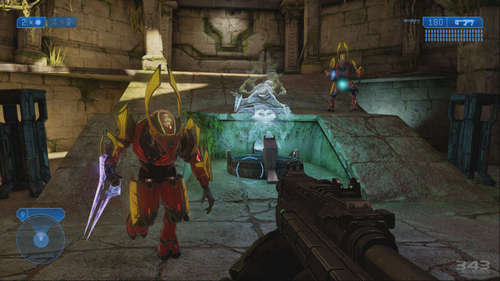 Halo studio head Bonnie Ross recently confirmed during a livestream that it won’t be an Xbox Play Anywhere title, so those who bought it on Xbox One will have to buy it again if they want to play on PC. That being said, Ross teased that those who buy it twice may get some bonuses.

«While MCC shipped before the XPA Play Anywhere, we are exploring ways to make sure that we show our appreciation and recognition for the support we’ve had from the amazing fans on MCC and we’ll have more to announce as we get closer to launch,» she said during an HCS stream recently (via Kotaku).

Xbox Play Anywhere is a program that Microsoft announced in 2016 that lets you buy select digital games on Xbox One or PC and get a copy on the other system at no extra cost. All progress and saves carry between platforms, so it’s a nice way to … play anywhere. There are dozens of games in the Xbox Play Anywhere catalog now, including Cuphead, Crackdown 3, Forza Horizon 4, Gears of War 4, and many others.

Also during the broadcast, community director Brian Jarrard confirmed Halo: MCC won’t support cross-play between PC and Xbox One at launch, though this feature could come later if the community wants it and if it makes sense for the studio. While there is no cross-play between Xbox One and PC, people who buy MCC on Steam and the Microsoft Store can play together.

Finally, 343 confirmed it will hold a Reddit AMA on March 19 where it will answer questions about Halo: MCC on PC, the newly announced Halo Insider Program, and more.

Halo: MCC is coming to PC later this year, beginning with Halo: Reach, which is also headed to Xbox One. On PC, the releases will follow individually, for separate purchase, in chronological order: Halo: Combat Evolved, Halo 2, Halo 3, Halo 3: ODST, Halo 4.