Bandai Namco has released a new trailer for the Tale of a Timeless Tome DLC for Ni no Kuni II: Revenant Kingdom. The DLC is scheduled to release on March 19, and the new trailer details what the expansion will add to the game. The trailer can be watched below. 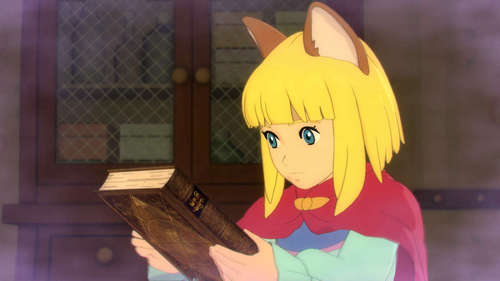 Tale of a Timeless Tome adds a new character to Ni no Kuni II: a mysterious rabbit who’s wearing a suit. According to the trailer, protagonist Evan and his allies encounter this new character in «a curious place where people’s memories mix and mingle.» The trailer gives off a fantastical Alice in Wonderland vibe, before taking a darker turn and introducing The Nightmares, which are the enemies threatening to destroy this charming world.

To fight this threat, Evan gains access to several new magical abilities that he learns through The Wizard’s Companion. The trailer also showcases him relying on Pikman-like creatures in combat, a new method of fighting called spritecraft that Evan learns through Martha’s Methods. The Nightmares aren’t the only new threat Evan encounters either, as the trailer also showcases an arena called Solosseum Slog where the young king and his allies must battle through waves of challenging enemies.

In our Ni no Kuni II: Revenant Kingdom review, Peter Brown gave the game an 8/10, writing, «Ni No Kuni 2 is a robust game that offers ample ways to spend your time, and even if they aren’t all up to the same level of quality, it’s easy to appreciate how they collectively contribute to the bigger picture. It’s chock full of excellent battles and surprising moments that make for a far more memorable experience than you initially expect and leaves you impressed by your own accomplishments. If you didn’t play the first game, don’t let this one pass you by too.»

God Of War PS4: Cory Barlog On The Iconic Moment That Nearly Got Cut