The first-ever Apex Legends battle pass released earlier this week. The premium pass gives players a chance to unlock a whole bunch of new cosmetic items for the game’s first new season of content, dubbed Wild Frontier. The model clearly takes some inspiration from the battle passes popularized by Fortnite, and much like the ones offered by Epic, Electronic Arts and Respawn have designed Apex’s battle pass so that it can pay for itself, provided you play the game enough. 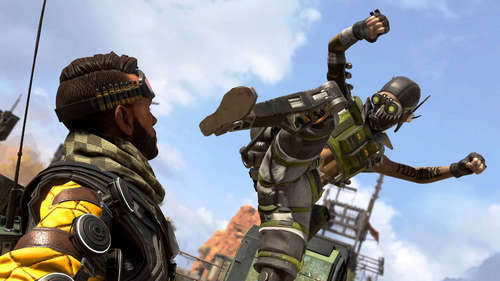 The Apex Legends Season 1 battle pass costs 950 Apex Coins, the game’s premium currency that you purchase with real money—which translates to about $9.50. You can also buy a bundle that includes the battle pass and gives you a head start by advancing you through 25 levels of battle pass progression (and unlocking the corresponding rewards) for 2,800 Apex Coins, or about $28. The pass itself includes a variety of rewards—such as skins, stat trackers, Legend voice lines, and Apex Coin and XP drops—with rewards unlocked by earning XP as you play the game.

More importantly, you can actually earn 1,000 Apex Coins in total through the 100 levels of the battle pass, which, EA notes in a blog post, can be «put towards unlocking the next Battle Pass.» Alternatively, you could put that currency toward unlocking a character, such as the new Legend, Octane—he’ll run you 750 Apex Coins. Whatever the case, if you level up the battle pass enough, you can make back the Apex Coins it costs to buy it in the first place.

The battle pass essentially gives players a second set of rewards to earn alongside those you get by leveling up your player profile. Even if you don’t buy Octane or Apex Legends’ new battle pass, Season 1 lets you unlock some rewards for free: 18 new stat trackers, five Apex Packs (the game’s version of loot boxes), and a new skin for Octane. Although your battle pass level is separate from your player level, they are both increased by playing matches and earning XP by getting kills, reviving teammates, earning wins, and more. There are no Fortnite-style challenge to complete in Apex’s battle pass, although Respawn has suggested that future seasons may work differently and that it’s open to feedback from players.

Octane, the ninth and newest Legend to join Respawn’s battle royale game, is also out now with Apex’s latest update. Octane is not a part of the battle pass though, and you’ll need to buy him with additional Legend Tokens or Apex Coins. Much like Mirage and Caustic, Octane can be bought with 12,000 Legend Tokens (the free currency you earn as you play) or with Apex Coins.

If you’re playing Apex Legends on PC or Xbox One, you might have a cheaper option for picking up Octane or the battle pass. Origin Access and EA Access, respectively, provide subscribers with 1,000 free Apex Coins in addition to a few other rewards. If you aren’t already a member, you can subscribe for one month and get that bonus for less money than you’d spend on 1,000 Apex Coins

You Can Fire Apex Legends’ Hemlock Fully Auto On PC