Control, an upcoming game by developer Remedy, is scheduled to come out this year, more specifically this summer. The tease was included in an interview for the cover story in the most recent issue of Game Informer magazine, with the rest of the article detailing the abilities that Control’s protagonist has at her disposal. 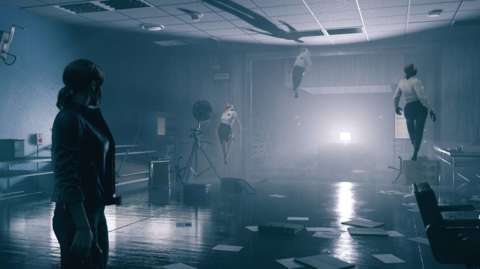 In Control, you play as Jesse Faden, a woman with supernatural abilities. At the game’s start, Jesse breaks into the Federal Bureau of Control—a fictional government agency that researches ways to explain and exploit paranormal phenomenon—in order to discover the truth about the origin of her powers. Her infiltration, however, runs into a snag, and she’s suddenly thrust into a fight to protect the Bureau as its new director.

Gameplay wise, it looks as if you’ll have plenty of tools at your disposal in Control. Jesse’s powerful supernatural abilities allow her to wield telekinesis to rip apart the environment, or lift herself up and fly through the air. She can also seize the minds of others, bending them to her will and forcing them to fight alongside her. Defensively, Jesse can use her powers to create a forcefield in front of her or instantly propel herself in any direction to dodge out of the way. When powers aren’t enough, Jesse also has access to a powerful firearm that can be upgraded in a variety of ways, giving it new forms that allow it to fire different types of bullets.

Control is one of our most anticipated games of 2019, seemingly blending together the best aspects of Remedy’s previous titles, Alan Wake and Quantum Break. Game director Mikael Kasurinen compared the atmosphere of Control to the 2018 movie Annihilation, while Remedy creative director Sam Lake loves that Control gives him the freedom to be weird again.

Control is currently scheduled for Xbox One, PS4, and PC.