Yacht Club Games burst onto the indie scene in 2011 with Shovel Knight, a 2D side-scrolling platformer meant to evoke the NES-style sensibilities of yesteryear. Six years and numerous Shovel Knight expansions later, the indie developer has announced its second publishing effort in the form of Cyber Shadow. 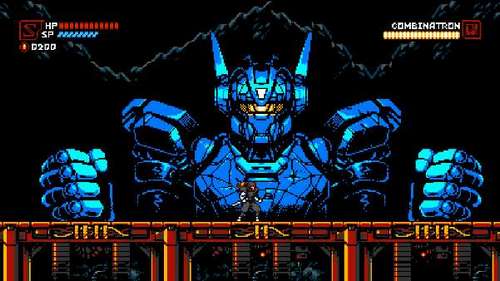 Cyber Shadow, according to the official announcement, is a 2D side-scrolling platformer that combines «the level design principles of Mario, the skills and action of Ninja Gaiden, the enemy designs of Contra, and the dark visual aesthetic of Batman.» Think The Messenger but in the future where everything, including the player character himself, is cybernetic. It looks slick, with fast-paced action necessitating precise platforming and quick reflexes. You’ll be able to equip items, find secrets, upgrade your skills, and more, all while listening to a thumping soundtrack produced by Jake Kaufman (Shovel Knight, Crypt of the NecroDancer).

You can view the official trailer below.

Yacht Club itself is not the game’s developer; it’s instead working with its one-person team, Aarne «MekaSkull» Hunziker, to help make it happen. Yacht Club will focus specifically on «the marketing, porting, business side, and typical roles of a publisher,» the studio stated on its official website.

Yacht Club will be at PAX East—which runs from Thursday, March 28 to Sunday, March 31—where the studio will be showing off a build of the game, as well both Shovel Knight: King of Cards and Shovel Knight: Showdown.

Sekiro: Here’s How To Beat The Blazing Bull Boss

Play Borderlands: The Handsome Collection for Free This Weekend on Xbox, PC