Apple has some big updates coming for its TV app, and in the process, it will be incorporating many other existing online video services, as revealed at today’s Apple Event. 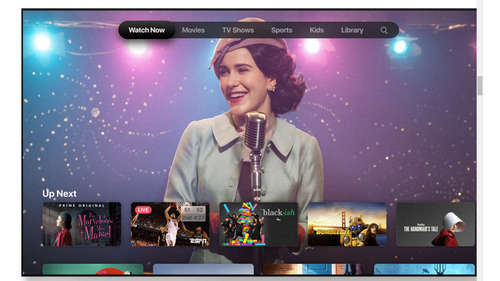 Apple TV Channels puts the majority of the services people subscribe to—except for Netflix—into one place. It’s more about organization and a one-stop place to view all the content you are subscribed to. It was unclear at the time of the event as to whether you had to purchase these services through Apple or if you could migrate existing accounts onto TV Channels.

Aside from the bigger services like Hulu and Amazon, Apple TV will add smaller services like Acorn TV, for British television; Tastemade, for travel and food series; and Shudder, for horror movies and original series. Additionally, it’s interesting to see a few Viacom properties, like Comedy Central, Nick, and MTV here, as much of the parent company’s content was pulled from various streaming services, and it wasn’t included with Hulu’s new live TV service.

Here is what Apple announced will be incorporated into TV Channels. The only big service missing here is Netflix. As far as large cable/satellite providers go in the United States, Comcast and Time Warner were not listed.

In addition to Apple TV Channels, the company also announced TV Plus, a new streaming service with original content from creators like Steven Spielberg and Oprah Winfrey, along with a new subscription gaming service called Arcade.