Rainswept is a 2D murder-mystery game with a bit of both a supernatural and romantic edge, and its developer Frostwood Interactive is currently looking for additional funding to polish the game through Indiegogo. The project currently has a flexible goal of $4,000 it hopes to reach by August 16th, and all money contributed will go towards making the fully playable game better through improvements up to release.

On the surface, Rainswept looks like a lot of different games. The atmosphere and general gameplay premise remind me strongly of games like Night in the Woods, Thimbleweed Park, Deadly Premonition, and of course to some extent the TV show Twin Peaks. It doesn’t seem like a game that’s going to light the world on fire, but looking closely shows off some more unique and interesting aspects of both the plot and presentation that make it stand out. 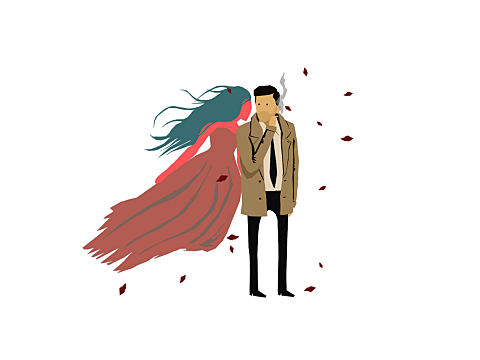 Naturally this small town has some dark secrets, but so it seems, does our hero Detective Anderson.

First of all, the graphics are a pleasant blend of cartoony simplicity and bright colors, all used to depict a more realistic approach to human characters and the settings they inhabit. The soundtrack was composed by micAmic, who composed the soundtracks for games such as The Cat Lady and Downfall, and whose style of music lends an ominous melancholy to the game’s trailer.

The story follows Detective Michael Anderson and his investigation partner Officer Blunt, who are called on to solve the case of a supposed murder-suicide in the town of Pineview. Anderson doesn’t buy the dirty local gossip that surrounds the couple whose lives were taken in the incident, and seeks to dig deeper into the case, while he and the player are confronted by the skeletons in the town’s closet, and demons from Anderson’s past.

The game is a narrative-focused affair, but it does still appear to have solid gameplay to work with as well. The player will have to interview the various characters found throughout Pineview, investigate locations and collect clues, all the while experiencing the story through various conversations, dialogue-trees, and cut-scenes. If Rainswept ends up being as interesting a game as its premise, then it should be a good time indeed.

Rainswept is currently planned for release on Steam in January 2019. You can check out the game’s Indiegogo campaign page by clicking here. 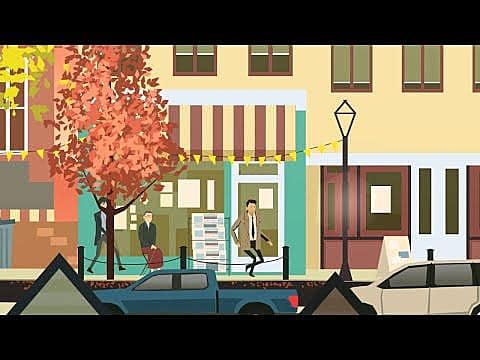 The game also has a free demo available for download from both Gamejolt and itch.io.

Why Pokemon Needs HMs Back in Place of Poké Ride