Jigsaw’s sadistic assistant, Amanda Young, returns as The Pig in Dead by Daylight’s newest DLC, The Saw Chapter, which just released for Xbox, PS4, and PC. Though Jigsaw was never a fan of pointless killing in the Saw series, taking the reigns as the Pig will have you stealthily slicing through survivors as if it were a part of his game all along.

Traumatized by a life of bad timing, bad friends, and bad luck, Amanda Young is a twisted woman with a penchant for violence. Playing as her in the new Chapter DLC will grant you three new perks that become teachable at higher levels. 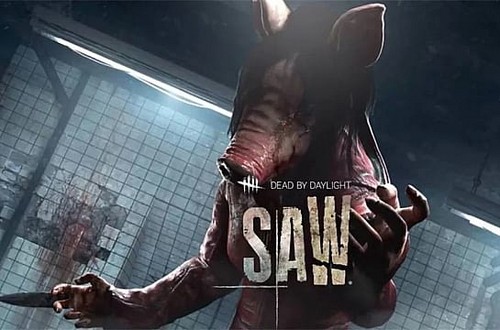 You start off Dead By Daylight‘s new DLC with as many reverse-bear traps as there are survivors for you to hunt, and their timers start once a Generator is repaired. Amanda Young’s beartraps can be placed on dying survivors, and will automatically trigger once their timers expire — or if they are moved outside the Exit Gates. Otherwise, survivors can free themselves by finding the key in one of the Jigsaw Boxes around the Map. 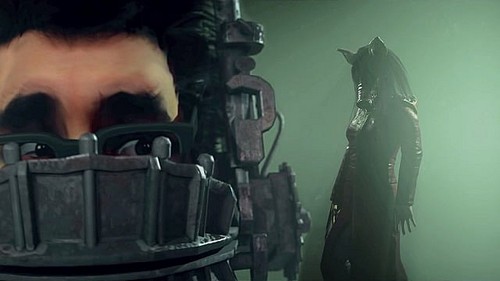 This perk is particularly useful if you intend to go for the Pig’s achievement, Adept Pig, which is unlocked by completing a bloody victory using only the Pig’s perks. Being able to predict and intercept survivors as they attempt to repair partially fixed generators can help you determine the best attack plan for taking down multiple survivors quickly before they disperse. Young’s second perk, Hangman’s Trick, works in tandem with her other pig perk, Make Your Choice.

The Hangman’s Trick pig perk ensures that any Hooks destroyed by sabotage (or sacrifices) will automatically repair themselves after 30 seconds at Tier I, 20 seconds at Tier II, and 10 seconds at Tier III. Young will also be notified of any sabotage performed on Hooks. At Tier I, the Dead By Daylight rescuer must be at least 48 meters from the Pig, 40 meters for Tier II, and 32 meters for Tier III. Hangman’s Trick becomes teachable to other killers at level 35, and in its teachable form, only reveals the last Generator with regressing progress.

Make Your Choice activates the Exposed Status effect for anyone rescuing another from one of the Hooks for 60 seconds. This pig perk comes with a 60-second cooldown, but used in combination with Young’s other perks is an invaluable tool. Make Your Choice becomes teachable at level 40. 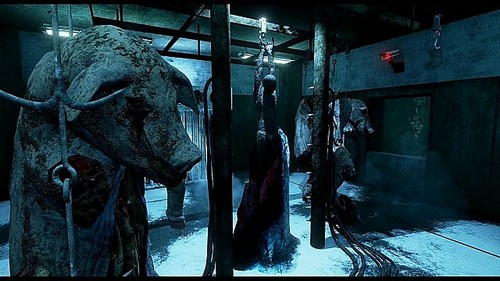 Ambushing Prey with Other Pig Perks and Add-Ons

If you don’t want to go for the Adept Pig achievement, but you still want your share of bloodshed with the Pig, fret not. The Saw Chapter in Dead By Daylight gives Amanda a special Secondary Power that allows her to crouch and lunge forward in a quick, silent ambush attack which triggers the dying state in victims.

When crouched, the Pig has no Terror Radius, making it easy to quickly do away with survivors in groups during a chase. Thanks to Jigsaw’s Baptism, Amanda Young has several add-ons available, including the rare Interlocking Razor, which greatly increases the penalty of failed Skill Checks on Jigsaw Boxes, and the very rare Crate of Gears, which increases the length of time it takes for survivors to search Jigsaw boxes.

Survivors Aren’t Helpless to Pig Perks in the Saw Chapter

Keep in mind that survivors can remove their traps, so you may want to use stealth tactics until later in the Saw Chapter when there are fewer generators to worry about. Furthermore, premonition is effective against the Pig, even when she’s crouched, so don’t be surprised if you are detected by a survivor while in stealth mode.

If you find the Hatch when it spawns, it’s a great place for Young to camp, as reverse-bear traps will not trigger if a survivor enters it. Though it automatically activates when the second-to-last survivor goes down, players who find a skeleton key can use it to escape along with any other survivors who make it in before its 30 seconds are up.

The Saw Chapter is available for console and PC now, so if you haven’t already revisited Jigsaw’s sadistic world, pick it up and see for yourself just what an apprentice can do. For console players waiting in lobbies to play as The Pig, try to stick it out for a bit, as she is one of the most balanced Killers added to Dead By Daylight to date.

The Pig requires focus to manage her abilities while keeping track of multiple targets, but with practice, she is sure to reward the determined player with hours of replayability.

Make sure to check out our other Dead By Daylight guides. Here are a few to get you started

George RR Martin Stokes Rumors, Says He Has «Consulted On A Game Out Of Japan»