A flood of top-tier fighting games are slated to land on consoles and PC this year — many drawing on much-beloved anime and gaming series. And that all starts with Dragon Ball FighterZ!

If you’ve been following Dragon Ball Z or developer Arc System Works, you should already have a good grasp of how FighterZ will play out, as there are plenty of similarities between it and Guilty Gear Xrd on the mechanics side of things.

But one of the most notable mechanics in this entry to the Dragon Ball fighting universe is the 3v3 system, letting you select a trio of characters to use during a match and calling on the other two characters for assist moves. So which characters from the DBZ universe made it into the game? Let’s take a look. 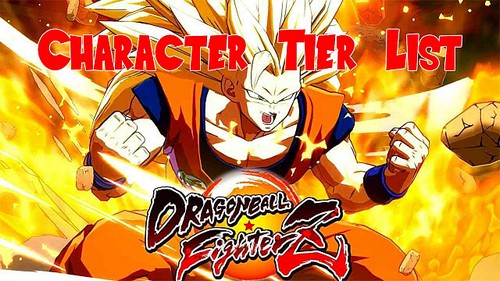 Counting different versions of primary characters, there are more than 20 options available in Fighter Z‘s character list, including the all-new character Android 21. While different combos will play out differently, there’s actually more to your character trio decision than just combat tactics.

Some character combinations will give you different intro segments that fans of the series will love, and there are special cutscenes triggered when you defeat an enemy with specific character pairings. Try out different list pairings and see if you can find all the Easter eggs with these characters:

So how do all those characters stack up against each other? We’re going to rank them from best (S Tier) to good (A Tier) to usable but not as immediately awesome (B Tier).

These rankings are based on preliminary beta impressions and limited time with the game ahead of official launch — and these tier lists are centered primarily on the basic abilities of each character and their combo potentials.

Any character can work for you if you practice enough, especially with the auto-combo system preventing players from having to memorize complicated combo schemes. So your mileage may vary depending on playstyle.

Android 21 is the main villain of the story, and
loves turning characters into cupcakes!

Anybody dominating in multiplayer with Vegeta? If so, let us know your trick!

While character lists and character tiers are more a matter of personal preference or player skill, the Dragon Ball FighterZ does include official rankings where you earn Battle Points by winning ranked multiplayer matches.

Ahead of launch — and before the rankings fully open up for all players worldwide — these are the Dragon Ball FighterZ rankings we know about so far:

What character trio from this list are you going to play when the official Dragon Ball FighterZ release date of January 26 finally arrives? Let us know who you are most excited to try out, and stay tuned for full guides on each character’s basic abilities and combos.