E3 2019 formally begins on Tuesday, June 11. During recent years, fans have grown accustomed to the weekend prior having a sequence of press conferences and presentations as publishers announce their games and hardware before showing them on the convention floor. But this year, the pre-E3 portion of the event has expanded yet again and starts seven sooner. 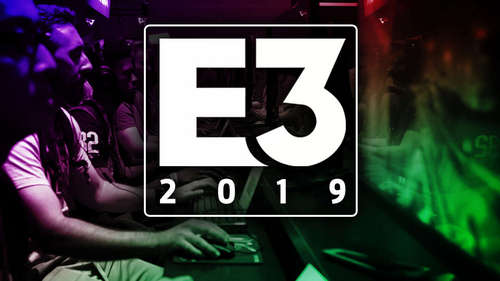 Several companies have announced their own events for the week prior to E3, getting out ahead of the rush of announcements and staking a claim to their own time to make an impact on viewers. As a result, E3 is almost two full weeks—the first seeded with pre-E3 announcements, and the second consisting of publisher press conferences and convention days. In fact, there’s something happening almost every day until the end of E3. And that’s without counting some of the major recent announcements that preceded this pre-E3 news; we got Death Stranding’s release date and trailer and learned about Call of Duty: Modern Warfare.

The wide swath of events coming this week is getting so large you may have trouble keeping track, so for your convenience, we’ve compiled a schedule of everything going on this week. Be sure to check out our full press conference schedule for what you can watch and when.

This isn’t a first, as Apple often targets its WWDC event for early June, and its proximity to E3 has been noted as Apple ventured further into gaming offerings on the App Store. But in the overall sequence of E3-adjacent events, it seems to be the first out of the gate. This year’s WWDC announced support for PlayStation 4 and Xbox One controllers for iOS and Apple TV.

Nintendo doubtless has loads to show at E3, but it’s giving more details on one of its biggest franchises its own time slot. Pokemon Sword & Shield, the next main installment in the hit franchise for Nintendo Switch, will have a dedicated presentation on Wednesday morning. It will be about 15 minutes long, but as Nintendo showed in its recent Super Mario Maker 2 presentation, it can pack a lot of details into that amount of time. Check out when and how to watch the Pokemon Direct for more details.

Ubisoft has outlined some of its plans for E3 2019, but has also stated flatly that Beyond Good & Evil 2 won’t be among them. Still, the pre-E3 period won’t be entirely without BG&E news, as the game is planning the next of its Space Monkey Report streams for the Wednesday prior. These have been semi-regular events updating fans on the progress of the game. Ubisoft’s decision to hold back from E3 suggests it won’t be chock full of big reveals, but if you’ve been looking forward to more Beyond Good & Evil, it should provide some interesting tidbits.

Google will make good on its promise to reveal price and launch details for its Stadia streaming service this week, with the first of its «Stadia Connect» presentations ready to debut on Thursday. The company has confirmed that the presentation will outline launch plans, including game announcements and a price reveal. Check out when and how to watch the Stadia presentation for more details.

Just after the Google Stadia announcement, Bungie will be explaining its plans for Destiny 2. The current season of content is coming to a close, and with Bungie now split with publisher Activision fans have wondered what will happen now. The «Next Chapter» announcement will explain these next steps, and given that it’s targeting the announcement right next to E3, it probably isn’t just going into maintenance mode.

Electronic Arts is once again forgoing E3 proper, instead holding a fan-focused event at a nearby location. This year, though, it’s not having a formal press conference at EA Play. It will hold a series of livestreams covering several of its upcoming games, beginning with Star Wars: Jedi Fallen Order. Others on tap include Apex Legends and its Season 2 Battle Pass, Battlefield V, FIFA 20, Madden NFL 20, and The Sims 4. Check out how and when to watch EA Play for more details.

Between its Pokemon-focused Nintendo Direct on Wednesday and its E3 Nintendo Direct the following Tuesday morning, Nintendo has one more event during the weekend. It will be hosting a series of tournaments throughout the day on Saturday. The Super Mario Maker 2 tournament promises a lengthy look at the game to be released later in June, while the Super Smash Bros. Ultimate tournament could drop some hints regarding upcoming DLC characters. A Splatoon 2 tournament is also planned to ink up the place.

One thought on “Everything Scheduled This Week, Before The Big Event”