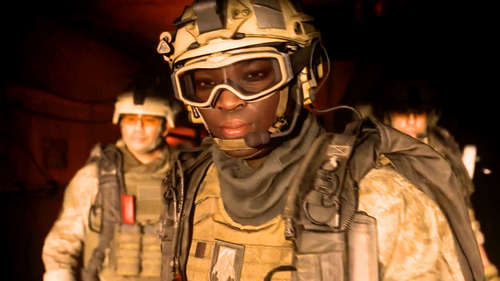 Schachner also did the music for Infinity Ward’s 2016 game Call of Duty: Infinite Warfare. Outside of the Call of Duty series, she also scored Assassin’s Creed Origins and Anthem. She’s also contributed to huge movies like Iron Man 3 and The Expendables 2.

Well I guess it’s public now…I’m scoring Modern Warfare and couldn’t be more thankful to get to work with Infinity Ward again on such an amazing project. It’s def been hard to keep this one secret 😄 #CallofDutyModernWarfare pic.twitter.com/nJvVJ3A0AS

It’s not a continuation of the Modern Warfare trilogy but rather a reboot of sorts of the 2007 game Call of Duty 4: Modern Warfare. Captain Price is back as a main character, with some of the storylines involving Russia and the Middle East.

«The world we live in right now is more complex than the world was in 2007, or 2009, or even 2011,» narrative director Taylor Kurosaki said. «Even now the world that we live in, the battlefield is less defined than it’s ever been, and because it’s less defined and because enemies no longer really wear uniforms a lot of the time, that means that civilian collateral damage is a greater part of the equation more so now than it’s ever been.»

«So what does that mean? It means we’re creating circumstances where, as storytellers, we are taking these characters, and we are putting them into complex situations with a lot of pressure on them, and how they respond to that pressure reveals their true nature.»

In other news, it’s been confirmed that the new Modern Warfare supports cross-play and that it will not have a season pass. For lots more, check out the story linked below.

One thought on “Modern Warfare Brings Back Infinite Warfare Composer”