Following Telltale Games’ closure, another of its games is scheduled to be delisted. Both seasons of Minecraft: Story Mode will be gone from all digital storefronts and no longer downloadable come June 25. 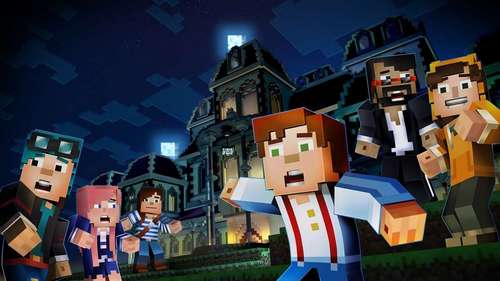 «On behalf of the publisher, Minecraft: Story Mode — A Telltale Games Series, Season 1 and 2 will no longer be supported on June 25th, 2019,» Mojang published in a blog post. «If you have purchased these seasons, please download all remaining episodes prior to the service being discontinued in June.»

Just because a game has been delisted doesn’t mean it’s lost to you forever, but you’ll have to be quick and careful. If you want to keep playing Minecraft: Story Mode after June 25, you’ll need to download all of the game’s episodes before then. To keep them, you can never delete them from your system.

Even if you still own the episodes, you won’t be able to redownload them. If you own the physical versions of Minecraft: Story Mode, check to see if all episodes are on the disc. In some cases, only the first episode is stored on the disc, and the next ones are digital downloads. If that’s true for your copy, you’ll need to download the episodes that aren’t on your disc before June 25.

Minecraft: Story Mode is merely the latest in a long line of Telltale Games’ titles that have been recently delisted in the wake of the studio’s closing. On GOG, you can no longer download The Wolf Among Us, Marvel’s Guardians of the Galaxy, Hector: Badge of Carnage, Strong Bad’s Cool Game for Attractive People, both Batman: The Telltale Series and Batman: The Enemy Within, and the entire Sam & Max series. Most of those series cannot be bought on Steam as well, though several are still available on Xbox One and PS4’s digital marketplaces. 2K is working to preserve Tales from the Borderlands on digital storefronts, however.

Currently, Minecraft: Story Mode is available on Xbox One, PS4, PC, Nintendo Switch, Wii U, PS Vita, PS3, and mobile devices. But, again, come June 25, that will no longer be the case.