Corey Feldman announced his most recent project in a video posted to YouTube Wednesday: a documentary about his life and the sexual abuse he endured during his earlier years in Hollywood. 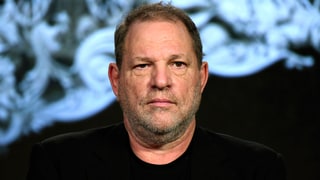 “I’m coming to you today to talk to you about what’s on everybody’s mind,” he says in the clip, introducing what he deemed a “Truth Campaign” to fans and followers. “I told everybody a few days ago that I had a plan to hopefully bring to light what is happening in the world of entertainment as far as perverts and pedophiles and all the topics we’ve been discussing.”

The Goonies star explains that he is proposing a plan that “can literally change the entertainment system as we know it,” by exposing a Hollywood pedophile ring that he’s been aware of since he was a child actor in the Eighties.

“Right off the bat, I can name six names, one of them who is still very powerful today,” he says. “And a story that links all the way up to a studio. It connects pedophilia to one of the major studios.”

The actor launched an IndieGoGo campaign along with the video, with the aim to raise $10 million in roughly two months’ time. The funds raised would help him to make and distribute the film “in a very real way, in a very honest way, with no editing, no censorship, no studio behind it.”

“I will make the film, I will direct the film, I will produce the film and I will self-distribute it to guarantee it gets a theatrical release with your donations,” he adds. “Additionally, it will help me buy the security and the legal team I need to protect my family.” Feldman’s campaign has raised more than $29,000 as of Wednesday afternoon.

Feldman has spoken out about childhood sexual abuse within the industry in the past, though his claims that he and fellow child star, the late Corey Haim, were both victims of abuse were previously met with skepticism and doubt. (Barbara Walters famously told Feldman during a 2013 interview on The View that he was “hurting an entire industry.”)

Now, however, in the wake of allegations against Harvey Weinstein, Feldman argues that it is more important than ever to speak up, nerve-wracking though it might be.

“I’m very afraid to do this. It’s not easy,” Feldman admits. “I’ve been living in fear and have been living with this my entire life. As most victims have, I’ve been made to feel awkward, misunderstood, and I’ve been degraded at great levels. Rumors have been told, stories have been made up about me. And I’ve been insulted and degraded in ways that were unimaginable to me. All because they fear what I know as the truth.”