Stingray’s passion for Soviet rock – which led to her being questioned by the KGB and the FBI – inspired her to smuggle recordings out of the country for a landmark compilation album featuring four Russian groups. The Red Wave LP, released in America in 1986, introduced western audiences to Russian rock and helped end the Kremlin’s censorship of homegrown groups – Mikhail Gorbachev reportedly asked: “Why is it that such albums come out in America, but not here?”

At home in California, Joanna Stingray is an estate agent with two additional jobs. But in Russia, the 58-year-old American is a near-legend, feted by rock fans and musicians for her fearless championing of Soviet underground music during the cold war. “You are the mother of Russian rock!” a fan shouted as Stingray promoted her new autobiography at a Moscow bookstore.

“I always loved that I was famous in Russia and then I could go home and no one would recognise me,” Stingray says, when we meet near Red Square. (Stingray in Wonderland has, so far, been published only in Russian.) It’s only her second visit to Russia since she left her adopted home to return to the US in 1996, but the years haven’t dulled her enthusiasm for her time at the heart of the underground rock scene in Leningrad (now St Petersburg). “In America, we had the 1960s. In Russia, we had that time in Leningrad.” 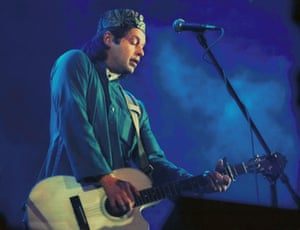 Stingray’s first visit to the Soviet Union, in March 1984, came after her nascent rock career hit a hitch. She had released a single, Beverly Hills Brat, and performed at Studio 54, before a dispute with her manager scuttled further plans. Heading to Russia was an act of youthful rebellion: in 1962 her father had produced an anti-Soviet documentary, narrated by Ronald Reagan, and he would frequently warn her never to step foot in the communist state. “When your parents tell you not to do something, you want to do it even more,” says Stingray.

On her arrival in Leningrad, Stingray and her younger sister ditched their state-employed tour guides to meet a rock musician whose telephone number they got from a Russian émigré. Boris Grebenshchikov fronted Akvarium, regarded at the time as the Soviet Union’s leading underground rock group. Like other bands that refused to submit their lyrics to government censors, Akvarium were barred from state-run studios and the stage, as well as from releasing music officially. Instead, they distributed their albums on illicit cassettes and played acoustic gigs in communal apartments. The exception was Leningrad’s Rock Club, where non-state-approved groups were permitted to perform, albeit under the watchful eye of undercover KGB agents. Foreigners were barred.

Back then, Stingray knew nothing of this. At Grebenshchikov’s cramped flat, she says, “I pulled out my record covers and my promos and I thought, he must think I’m so cool, an American rocker.” Then she got her first taste of Akvarium’s music, a blend of Russian and western influences with poetic lyrics that would later see Grebenshchikov dubbed “the Soviet Bob Dylan”. “I realised I’m not an artist; I’m a silly American trying to be a rocker,” she says. “This guy is the artist, and he’s magic.” The next night, Grebenshchikov took her to an illegal experimental gig. “It was one of the best nights of my life. It was the moment I realised I was witnessing something extremely special and surreal.” 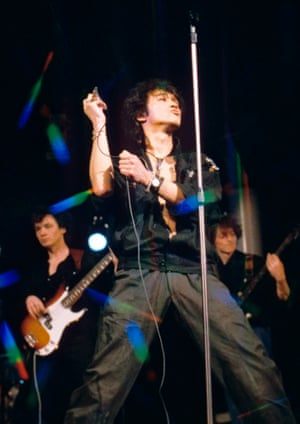 Inspired, Stingray vowed to return to Leningrad as soon as possible. Before she left, Grebenshchikov gave her the number of an American banker with links to David Bowie’s management. The banker had met Grebenshchikov during a trip to Leningrad and passed on recordings of Akvarium’s music to Bowie, who promised to buy him some instruments. Grebenshchikov asked for a red Fender Stratocaster. Back in the US, Stingray called the number, and Bowie, who had travelled to the Soviet Union in the 70s, duly kept his promise. Stingray delivered the guitar when she returned to Leningrad that year. There was one hitch: custom officials insisted that any musical equipment brought in had to be taken back out. So Grebenshchikov’s friends created a mock-up, right down to the serial number. It worked.

Stingray’s second visit to the Soviet Union attracted the attention of the KGB. As she was leaving an Akvarium gig at the Rock Club, she was pulled aside and questioned by two agents. “They dragged me downstairs,” she recalls. “I was so afraid. I knew if I gave them my name, there was a good chance I’d never be allowed back.” She eventually admitted she was American. They let her go. She spent the next few hours wandering the streets to shake off a KGB tail. “Like a bad movie,” she says.

During subsequent visits, Stingray minted strong friendships with members of Akvarium and Kino, another Leningrad-based group, whose guitarist, Yury Kasparyan, she later married. In 1986, Akvarium invited her to perform with them; the plan was thwarted when the KGB threatened to cancel the gig if she got on stage. A few months later, Stingray performed with Kino, a week after Gorbachev and Reagan’s failed peace summit in Reykjavik. “We want to offset the non-agreement that took place in Reykjavik, Iceland, to demonstrate that we want peace and friendship with the United States,” singer Viktor Tsoi said as he introduced Stingray on stage. The musicians wore T-shirts designed by Stingray that read “Save the world” in English and Russian.

Determined to get the music of Leningrad’s underground rock scene to the west, Stingray enlisted the foreign diplomatic community. “The staff at the American, French and Swedish consulates loved these bands,” she says. “Sometimes we managed to get things out through a diplomatic pouch.” Stingray also smuggled reel-to-reel tapes and paraphernalia out. “I stuffed the lyrics into my big winter boots and I had a big leather jacket with zippers everywhere. If I’d been caught, I would have been screwed. But when you are young and you are passionate, you are fearless.” 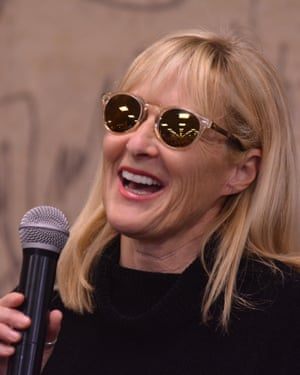 The Red Wave LP was released by US label Big Time to positive reviews and became an underground hit back home. More importantly, Gorbachev’s insistence that Soviet music should be available in the Soviet Union led to the end of state censorship of rock: shortly after Red Wave was released, Akvarium made their first record for Melodiya, the state-owned record label. “[Stingray’s] appearance in St Petersburg in the early 1980s was an answer to our unconscious prayers,” says Grebenshchikov.

At home, Stingray’s frequent trips to the Soviet Union attracted the attention of the FBI. “I got my cold war-era file from the FBI three years ago,” she says. “It said that they suspected me of working for the KGB. That’s absurd.”

With the advent of perestroika, Stingray moved to Leningrad. She released two albums on Soviet labels before leaving Russia in 1996. In 2014, a pro-Putin MP suggested that she had been part of a CIA plot to foment discontent among Soviet youth through the spread of Kino’s music. “That’s crazy,” says Stingray. “CIA agents would never have been talented enough to write songs like those.”