Millions were expected to gaze at the cosmic spectacle that began at 10:24am local time (18:24 GMT) on Tuesday in the South Pacific and swept along a path extending 11,000km across open waters to Chile and Argentina, the only places that the total eclipse will be seen aside from an uninhabited island out in the ocean.

Tourists from all over the world have flocked to cities and towns across northern Chile and Argentina to catch a glimpse of the first total solar eclipse since 2017.

It is the first total solar eclipse since August 2017, when the moon passed between Earth and the sun over parts of the United States.

Here’s a look at the first photos of this year’s celestial phenomenon. 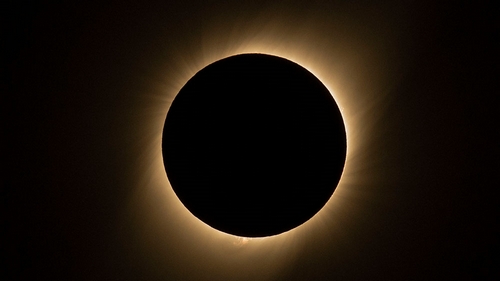 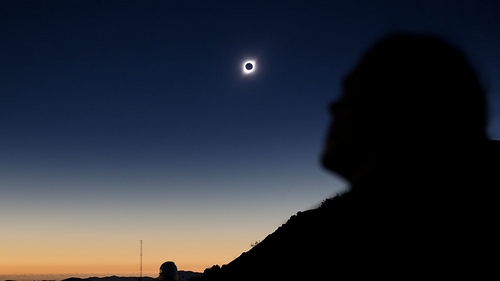 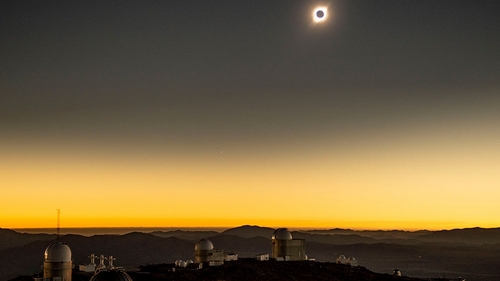 Tens of thousands of tourists braced Tuesday for a rare total solar eclipse that was expected to turn day into night along a large swath of Latin America’s southern cone, including much of Chile and Argentina [Martin Bernetti/AFP]

A solar eclipse occurs when the moon passes between the sun and Earth and blocks the sun. During a total eclipse, the sun’s crown, or corona, is visible to the naked eye.

The crown is the sun’s outer atmosphere, stretching millions of miles into space.

There are four types of solar eclipses: partial, annular, total and hybrid.

According to NASA, a total eclipse occurs somewhere on Earth about every year and a half. Partial eclipses are expected at least twice a year. 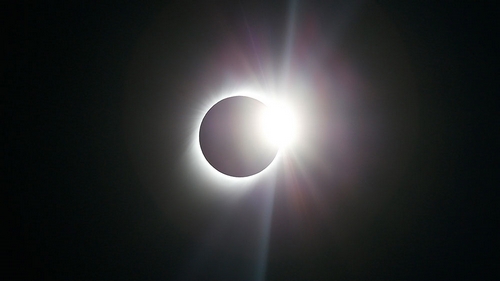 A near total solar eclipse is observed at Coquimbo, Chile [Rodrigo Garrido/Reuters]

During totality, it is safe to view a solar eclipse.

However, as the moon reveals the sun, NASA said, people may be caught off guard, exposing their eyes to possible damage from the sun’s ultraviolet rays.

NASA advises individuals watching the eclipse to use protective glasses or indirect viewing devices during all the phases. 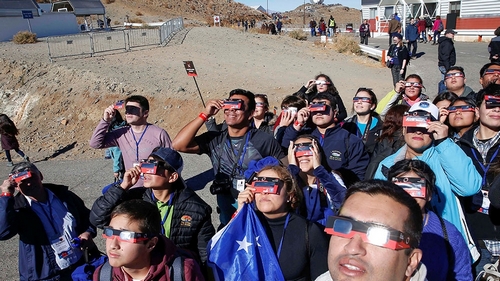 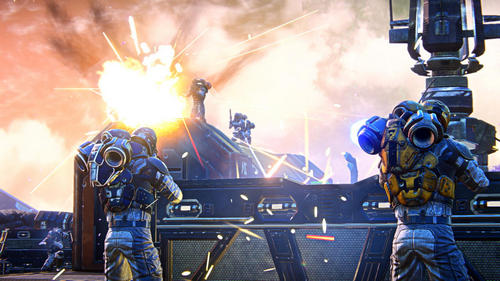