The entertainer Barry Chuckle, one half of the comedy duo the Chuckle Brothers, has died aged 73, his manager has said.

“It is with great sadness that the family announce that Barry passed away peacefully at his home surrounded by his wife Ann and all his family,” said Phil Dale.

Chuckle, whose real surname was Elliott, came from a family of entertainers and rose to stardom with his brother Paul in the late 1980s, becoming synonymous with the phrase “to me, to you”. He died at home surrounded by his family, including his wife Ann.

Following his death Paul said: “I’ve not just lost my brother, I’ve lost my theatrical partner of many, many years and my very best friend.”

Tributes from the entertainment world also poured in on social media. The CBeebies presenter Chris Jarvis wrote on Twitter: “On screen he was hilarious, on stage even more so, but off stage Barry was also the kindest of gentlemen. RIP Barry. Love to all his family including all the brothers.”

Really sad about the passing of Barry Chuckle, as you may know i was obsessed with the Chuckle Brothers as a kid. Legends. Rest in peace.

To me. To you. So sad to hear about the passing of Barry Chuckle. Thank you for being a part of my childhood and for the hours spent in laughter. #Chucklevision

The Take Me Out presenter Paddy McGuinness wrote: 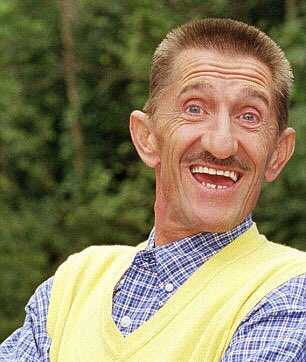 One of my favourites from childhood years, teenage years and as an adult! Gutted. Barry Chuckle RIP sir. pic.twitter.com/NjZ6J8krbq

It has since emerged that Elliott had been suffering from ill-health for more than six months before his death.

The brothers had recently filmed a new series, Chuckle Time, for Channel 5. Elliott was unwell toward the end of the filming and summer work was cancelled while he rested at his doctor’s request, but his health reportedly deteriorated.

Born in Rotherham to Amy and James Patton Elliott in 1944, Barry and his four siblings grew up in a showbusiness family. Their father James, a whistling comedian and dancer, toured India and Myanmar with the 19-year-old Peter Sellers in The Gang Show. Their mother Amy was also a dancer.

The eldest brothers Jimmy and Brian went on to form the Patton Brothers while Barry and Paul formed their own duo.

The Chuckle Brothers in costume for a pantomime in Wolverhampton in 1993. Photograph: David Bagnall/REX/Shutterstock

The younger brothers got their first break by winning the talent show Opportunity Knocks in 1967, and by the 1970s they were regulars on the talent show New Faces. The 1980s spawned both The ChuckleHounds and the hit BBC show ChuckleVision, which ran for 22 years. They also presented the 1990s gameshow To Me … To You …

The brothers were also regulars on the pantomine circuit and by 2015 had performed in them for 48 consecutive years. They were awarded a Bafta special award for their contribution to children’s television in 2008.

“It’s like a pat on the back from the business that we’ve been working in all these years. It’s a really nice, warm feeling,” they said of the award.

They also collaborated with Tinchy Stryder in 2014 on the track To Me, To You (Bruv), which referenced their famous catchphrase. On Sunday the rapper tweeted: “Funny, Down to earth, super cool, talented, humble legend. Rest in peace Barry Chuckle!”

The music video went viral and their manager said at the time: “It was just a bit of fun to see what could happen because they really got on with each other.

“Then they came back and filmed the video. You couldn’t put it together if you tried, but it was just the very fact that they were having fun with Tinchy, and he was having fun with them and they got on like a house on fire. They still contact each other all the time.”

The brothers made a comeback to television this year almost 10 years after ChuckleVision came off air. Their Channel 5 series, which premiered on 16 June and was to consist of 12 hour-long episodes, had them performing sketches and introducing humorous online videos from members of the public.

Dale said: “The family would like to express their thanks to the many people who have been fans of the Chuckle Brothers and they know that they will share in part the great, great loss they feel.”

A family statement said: “There will be no further comment at the moment and it would be much appreciated if the privacy of Barry’s family is respected at this most difficult time.” It said he had left “50 years of laughter as his legacy, which is something very special”.

The Labour MP Angela Rayner said: “So sorry to hear of the death of Barry Chuckle aged 73 this morning. “A great entertainer who has been making people laugh for so long. Our family loved his act with his brother, RIP Barry.”

The former England rugby union international Brian Moore wrote: “‘To me; to me.’ Doesn’t really work does it. RIP Barry Chuckle.”