Cyprus has elected a Turkish Cypriot as a member of the European Parliament (MEP) for the first time on the ethnically divided island. 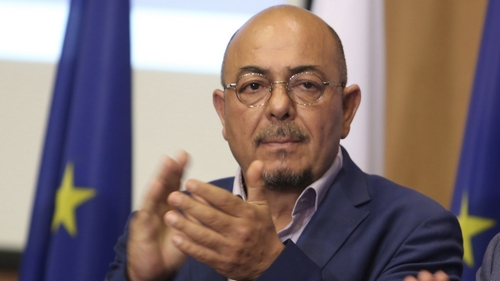 Niyazi Kizilyurek, a 59-year-old university professor, was among six MEPs elected in Sunday’s vote by the majority Greek Cypriot and minority Turkish Cypriot communities that are separated by barbed wire.

Kizilyurek, who has been a supporter of the reunification of Cyprus for many years, was on the ticket of the main Greek Cypriot opposition party, the communist Akel.

A Greek Cypriot party having a Turkish Cypriot running was unique for Cyprus, as was the stream of 5,600 voters who crossed the UN-patrolled ceasefire line to cast ballots in the government-controlled south.

Turkish Cypriots are considered EU citizens and have the right to run and vote in European elections, even though under the current constitution they cannot participate in parliamentary ballots in the south.

It is the first time since the outbreak of inter-communal violence in 1963 that a Turkish Cypriot has been elected to office in the Republic of Cyprus and given Turkish Cypriots a voice in public affairs.

“Turkish Cypriot participation creates the conditions for all citizens to understand that Europe can help us overcome problems facing the talks and create the conditions where we could be happy living in a reunited country,” he told reporters.

The vote came at a time of rising tensions with Turkey amid a dispute with the Cyprus government over energy drilling rights.

Since 1974, Cyprus has been divided into an internationally unrecognised northern Turkish part and the Greek Cypriot Republic with Nicosia as its capital.

After Greek Cypriots failed to back a UN reunification blueprint in a referendum, Cyprus entered the European Union as a divided island in 2004. With EU law suspended in the north, Cyprus’ six MEPs have always been Greek Cypriots.

UN-brokered efforts to reunify the island failed at a summit in July 2017, and all moves to restart the peace talks have faltered since then.

US to reveal economic part of Palestine peace plan in Bahrain