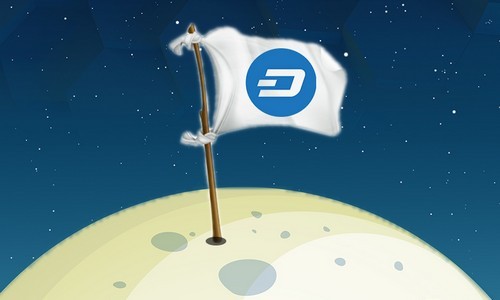 Following an impressive few weeks, Dash trading is an increasingly active part of the cryptocurrency market. Dash is currently holding over $5.8bn USD in total market capitalization. In January 2017, Dash was around $10 USD per coin. Now, the altcoin has seen almost an 80-fold increase, reaching an all-time high of $783.44 on December 2nd, according to CoinMarketCap. These astonishing numbers are impressive statistically, and they require some deeper analysis.

Earlier in November, Bitcoin decided to go against the block-size upgrade. Contrary to Bitcoin, the Dash community voted for a 2MB block-size upgrade and utilized the decision well in terms of market positioning. When most of the top cryptocurrencies experienced a slump during early-mid November, Dash pulled through. Investors and Dash holders are now enjoying the fruits of their decision, as Dash surpassed $750 USD and came within striking range of $800 USD.

Benefits and Impacts of the Dash Block Upgrade

The benefits of this block-size increase are manifold. Dash Core 12.2 has been used network-wide, and it gives Dash users benefits like lowering of transaction fees by a factor of 8 to 10 times, following the successful implementation last month. Moreover, judging from the movement of the cryptocurrency and its community, there has been a steadily upward curve since, showing that Dash users are happy with the bigger blocks. Looking at community-based considerations, Dash has most certainly served its users with an upgrade that is not even slightly contentious, guaranteeing further loyalty.

Dash has always been focused on its unique selling point of privacy, a claim that only Dash and Monero can make. Cryptocurrency end users are becoming aware of Dash’s exclusive features such as coin-mixing and fully instant transactions. As cryptocurrency followers and enthusiasts become increasingly aware, understanding blockchain technology better, coins such as Dash see all the benefits of growth and adaptation.

Aside from statistical victories and celebrations, Dash has been and continues to be a hugely influential factor in the Zimbabwe inflation crisis this year. Following the hyperinflation and subsequent abandonment of Zimbabwean currency.  At the time of the issue last month, other cryptocurrencies such as Bitcoin were simply unreachable at a reasonable price, hence why Dash’s carefully eyed partnership with KuvaCash proved to be useful, as well as morally correct. Stories and events such as these real-life examples, show how much of an impact these technologically creative teams can have in our world. Dash is planting of the seed in Zimbabwe is likely to secure a place in the market there for some time to come.

As Dash eyes the $800 USD mark, we expect to see some larger sums dumped on the market due to profit taking. Dash holders shouldn’t fear, act hastily or panic, however. Increasing understanding of the specific technology behind the coin is still spreading, encouraging further adoption at a global level. Should Dash carry on its bullish run, there is a strong chance we will see a 4-figure price tag for the New Year.

Christian has been writing about Blockchain technology and Cryptocurrencies regularly for the past 2 years. He is an avid Bitcoin enthusiast, working in the space in various capacities over the same period of time.