The United Kingdom has told all British ships to avoid using the Strait of Hormuz for an “interim period” after Iran seized a UK-flagged tanker. 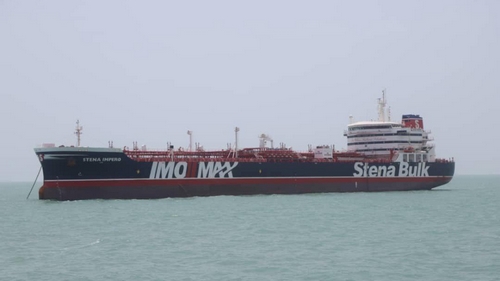 The British government on Saturday also summoned the Iranian charge d’affaires in London over the incident, shortly after Jeremy Hunt, the UK foreign secretary, said the seizure showed “worrying signs Iran may be choosing a dangerous path of illegal and destabilising behaviour”.

“Our reaction will be considered but robust,” Hunt wrote on Twitter, adding that the UK “will ensure the safety of our shipping”.

The Islamic Revolutionary Guard Corps said on Friday it seized the Stena Imperoa, a UK-flagged, Swedish-owned vessel, for breaking “international maritime rules” in the strait, a chokepoint for around a third of the world’s sea-borne oil.

The British owner of a second tanker, the Liberian-flagged Mesdar, said it had been temporarily boarded by armed personnel, but was free to leave and that all crew were “safe and well”.

The incidents came hours after a court in Gibraltar said it would extend by 30 days the detention of an Iranian tanker seized two weeks ago in an operation aided by British Royal Marines on allegations of breaching European Union sanctions against Syria.

“The actions of the Iranians is completely unacceptable. It is so important that we maintain this free navigation through the Gulf,” the housing secretary told BBC radio.

“We want to see this matter resolved in a diplomatic way. The Iranians need to release this vessel as quickly as possible.”

Al Jazeera’s Neave Barker, reporting from London, said the effect of the seizures on Britain’s oil industry was still not clear

“The knock-on effect of this on British shipping [or] on the economy of the oil industry is yet to be seen,” adding that the UK hopes the issue will be resolved soon.

Referring to the Iranian tanker in Gibraltar, Barker said that while Hunt “implied it was not as simple as letting the Grace 1 go, hoping the Iranian follow suit, he [Hunt] said he hoped it would not impact British shipping further.”

Iranian officials, meanwhile, said on Saturday they had opened an investigation into the Stena Impero, alleging that it had collided with a fishing vessel off the southern Iranian port of Bandar Abbas, near where the tanker is now anchored.

The Swedish-owned tanker “has 23 crew and they are all on the ship,” Allah-Morad Afifipoor, director-general of the Hormozgan province port and maritime authority, was quoted by Fars news agency as saying.

Following the collision, those on board the fishing boat “contacted the British vessel but didn’t receive any response”, so they “informed the Hormozgan port and maritime office according to the legal procedures,” Afifipoor said.

He added that experts from Hormozgan province’s port and maritime authority had launched a probe into the cause of the accident.

Tanker tracking service Marine Traffic showed the Stena Impero had last signalled its location near the island of Larak at 9:00pm (16:30 GMT).

Al Jazeera’s correspondent in Tehran, Dorsa Jabbari, said that Iran’s seizure of the oil tanker had taken place “as a result of a series of events…[and was] not just a random seizure of a British tanker,” according to a statement by the Revolutionary Guards (IRGC).

She added that the IRGC said in a statement that they seized the vessel after violated several maritime laws.

“They [the Revolutionary Guards] say it [the vessel] was traveling in the wrong maritime direction… that they [its crew] had turned off all their tracking devices and they were not responding to any of the attempts made to contact them. That is why this vessel is now in Bandar Abba,” explained Jabbari.

The seizure prompted the foreign ministry of Bahrain, a Gulf country hosting the US Fifth Fleet, to issue a statement on Saturday condemning the action and urging Iran to stop its “irresponsible” acts.

“We have learned with great concern of the seizure of a British vessel by Iranian forces,” the ministry said in a statement.

“We strongly condemn it and express our full solidarity with the United Kingdom,” read the statement.

Meanwhile, the German foreign office wrote on Twitter: “This is an unjustifiable interference in commercial shipping that dangerously escalates an already tense situation.”

Tensions in the Gulf have soared in recent weeks, with US President Donald Trump calling off air raids against Iran at the last minute in June after Iranian forces downed a US drone, and blaming Iran for a series of tanker attacks.

The latest incidents also came as Trump and US officials insisted on Thursday, despite denials from Tehran, that the US military had downed an Iranian drone that was threatening a US naval vessel in the Strait of Hormuz.

Meanwhile, Saudi Arabia, Tehran’s arch-rival, said it would once again host US troops on its soil to boost regional security. 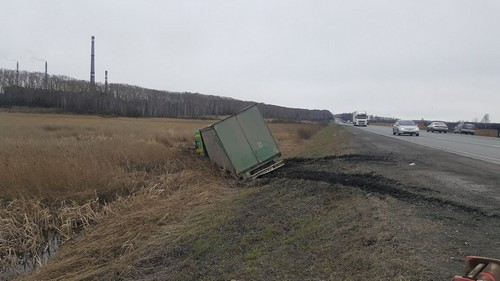 Passenger who helped mum with autistic son speaks out