The reassessment of modern Moscow architecture began in 2013 with the release of books by Grigory Revzin and Daria Paramonova about the architecture of the last 20 years. Have you changed the attitude to it in these five years?

— Has not changed. A professional community that speaks of modern architecture, small, it and so all understand that it speaks the same language. Muscovites are interested in architecture in a broad sense, as he did not accept this architecture five years ago, and not accepting it now. Not to mention people in General. If anything it might change is the passage of time. Us is easier to look at the 80s and 90s. there are whole festivals dedicated to them. From interest in the culture of the 90s in music, art and movies, we’d eventually come to the interest in the 90-m architecture.

I recently gave a lecture at the festival of the 90 VDNKH just about the architecture of those years. Moritoki is a song about the 90s. the current generation of young no psychological trauma from that time, which were those who found him. Why? Because these buildings are associated with the times when it was hard. And those who have such an injury, no, much simpler: they that 90s, 1890s — interested in everything.

— Well, that is, through the love of Monococque you can come to the love of Tsereteli Peter?

To some extent, Yes. Optional to Peter, but maybe something else around it. 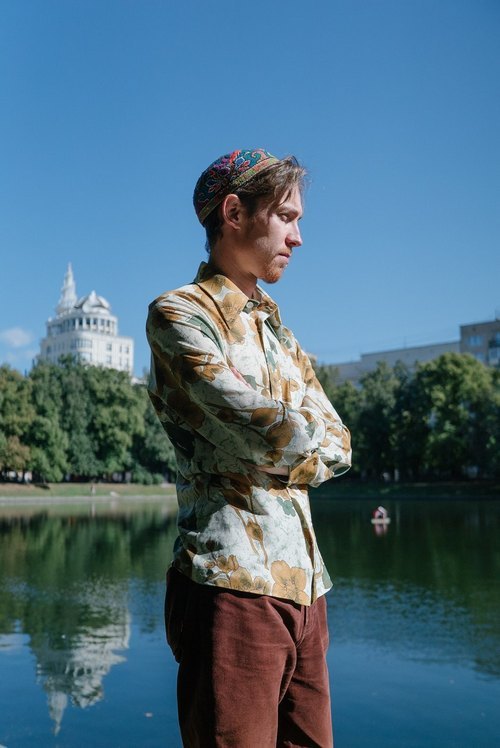 — What do you think about remakes? Love late Meyerson(author of the neighborhood, “Swan” and “house on legs” on a Treadmill. — Approx. ed.)or the work of the Bureau “Ostozhenka” just, and how to treat the temple of Christ the Savior or the resurrection gate, which was built in the 90s, but all of them accept for real old man?

Not everything that is built is architecture: most of this is just square meters that perform a specific function: residential, retail, and so on. Architecture occurs when there is communication. If the architect say: “Listen, we need to build a 20 thousand square meters so that it was visually similar to the old Voentorg”, then there is no architecture here. The same when the architect say, “Build a shopping center on 40 thousand square meters, to the outside look is nothing and can be hung”. I’m completely comfortable with, but these things in their work not understand. Conventional construction will always be, it is inevitable.

Look at Peter: every building is architecture? No, it’s just a good jahodniky are no architecture there. If you’re on the façade gave hrustovacka, and around window frames, is not architecture. But then the construction was pretty hard: it was necessary to comply with a common facade line. And now to the building are disorderly: because the legislation does not work, because the culture of construction has fallen. Therefore a inadequately constructed houses, and the city turns into a nasty, ugly environment. But it is not an architectural problem, and urban planning.

I’m against recreating any buildings, I am for conservation. This opinion divided the international community and enshrined in the Venice Charter, which States that restoration should be conservation, not new construction. But it is, unfortunately, not Russian history. We have a restoration implied in the recreation.