The future of Germany’s coalition government is hanging in the balance after the country’s interior minister reportedly announced his intention to resign over a migration showdown with Angela Merkel.

Horst Seehofer, who is also leader of the Christian Social Union, on Sunday night offered to step down from his ministerial role and party leadership in a closed-door meeting in which he and fellow CSU leaders had debated the merits of the migration deal Merkel hammered out with fellow European Union leaders in Brussels.

But with CSU hardliners believed to have tried to talk the combative interior minister into staying, a press conference was postponed until Monday, with Seehofer seeking to go back to Merkel in search of a final compromise.

At a 2am media conference, Seehofer said he had agreed to meet again with Merkel’s party before he made his decision final. “We’ll have more talks today with the CDU in Berlin with the hope that we can come to an agreement,” Seehofer said. “After that, then we will see.”

In the short term, Seehofer’s resignation would appear to be a let-up for a beleaguered Merkel, removing a politician who has become the chancellor’s biggest nemesis inside her own government since taking up his post at the interior ministry in March.

But if Seehofer were to resign and his replacement continue an adversarial approach, it would threaten to bring an end to the historic alliance between Merkel’s party, the Christian Democratic Union, and the Bavarian CSU, pushing the chancellor’s coalition government to the brink of collapse.

After the EU last week hammered out a vague accord on migration, promising to set up secure centres to process the asylum claims of people rescued in the Mediterranean, Merkel drew up her own raft of measures to tighten controls on the influx of migrants to Germany and presented it to her sceptical, conservative coalition partners.

Seehofer threatened to turn away any asylum claimants already registered in another EU country unless Merkel came up with a solution by Sunday night. Merkel set out fresh measures to calm the row, but Seehofer reportedly voiced his dissatisfaction with the plans at his meeting with fellow CSU party leaders.

The interior minister complained in Munich that he had engaged Merkel in a “conversation with no effect” about his plan to turn away asylum seekers already registered in other EU countries, the sources said.

According to sources cited by newspaper Die Welt, Seehofer directly contradicted the chancellor, who insisted in a TV interview on Saturday night that the deal she had hammered out in Brussels amounted to the same end result as the unilateral steps envisioned by the Bavarians.

A statement from Seehofer, originally scheduled for 7pm, was postponed until late in the evening on Sunday as he remained locked in a heated debate with Bavarian party allies wary of forcing a historic break with Merkel’s CDU.

The CSU, which is facing regional elections in October, has pressured Merkel for weeks to get tough on immigration and asylum as it fears being outflanked to the right by the anti-immigrant, anti-Islam Alternative for Germany (AfD).

The chancellor rejects Seehofer’s plan for Germany to unilaterally turn away already-registered asylum seekers at the border, preferring to seek cooperation with Germany’s neighbours.

Merkel fears that if Germany closes its borders, it will set off a chain reaction that destroys Europe’s border-free travel zone, regarded by the EU as one of its greatest achievements, as well as a linchpin of jobs and prosperity.

Merkel drew up a raft of plans to tighten controls on the influx of migrants, according to a document submitted to her coalition partners at the weekend. At her urging, EU leaders last week agreed a slew of measures to reduce immigration to the bloc and so-called “secondary migration” of asylum seekers between countries.

Merkel said she had struck deals with 16 other countries for them to take back already-registered asylum seekers. But central European nations including Poland, Hungary, the Czech Republic and Slovakia denied any such agreement. “Germany has not addressed us and I will not sign this agreement,” said the Czech prime minister Andrej Babiš. “No negotiations have taken place between the Czech Republic and Germany on this question.”

Merkel said on Sunday she wanted the CDU and its Bavarian allies to continue working together. She told German broadcaster ZDF that differences with the CSU only related to the way to achieve a reduction in migration, not to the goal as such.

What are Merkel’s fourth-term priorities?

A look at the main priorities set out in in the German coalition agreement, which will guide policy-making for the next four years.

Efforts to reform the EU will top the incoming government’s agenda as the bloc grapples with rising nationalism, security concerns and an unpredictable US ally in Donald Trump.

As well as agreeing to bolster EU foreign and defence policy, the parties say they are ready to raise Germany’s contributions to the EU’s budget once Britain leaves. They also support the creation of a European Monetary Fund, but offer only cautious backing for Emmanuel Macron’s idea of a eurozone investment budget.

Smarting from the backlash over Merkel’s decision to open the country’s doors to hundreds of thousands of asylum seekers in 2015, the government now aims to cap the annual intake of people seeking safe haven to about 200,000.

At the EU level, Merkel says she continues to expect member states to take in their allocated share of refugees. The chancellor has also reiterated the need to tackle “the root causes of migration” with development aid for the countries of origin, while better securing the bloc’s outer borders.

Europe’s powerhouse economy is booming, with workers enjoying high wages and record-low unemployment, but that has done little to assuage concerns about globalisation and automation in the workplace, as well as growing inequality.

With its flush public coffers, Merkel’s government aims to address these fears through investments in infrastructure, an offensive to improve the nation’s creaking internet networks, pension reform and more funding for education and life-long learning.

She said: “I share the CSU’s aim of, on the one hand, reducing the number of immigrants being brought to Europe by smugglers and, on the other hand, I also share the view that asylum seekers can’t simply choose which country they want to go to.”

If Seehofer rejects Merkel’s approach and orders border police to begin turning away already-registered asylum seekers, she would be forced to fire him, effectively exploding her conservative camp and robbing her ruling coalition with the Social Democratic party (SPD) of a majority in parliament.

While most analysts expect Merkel to survive the clash with the CSU, it is unlikely to be the last occasion on which the sister party seeks to distance itself from a chancellor it sees as too centrist for its own supporters.

Spain’s maritime rescue service on Sunday picked up 160 people from five boats that were crossing the dangerous Strait of Gibraltar from northern Africa.

The rescue service said 57 migrants were rescued from three boats on Sunday morning and brought ashore in Tarifa, at the southernmost tip of the Iberian peninsula. Another rescue vessel took 103 people to Algeciras, a large port city to the east.

The number of people reaching Europe by the so-called western Mediterranean land and sea route to Spain has surpassed boat arrivals to Italy this year. 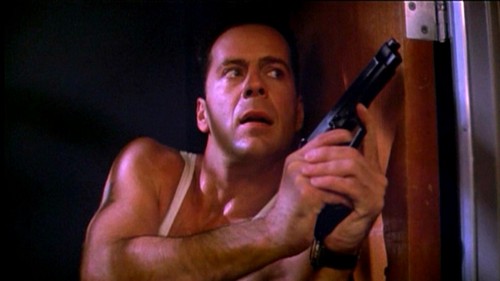