The Met Office has issued a yellow warning for wind and snow for large areas of the UK, with sleet showers, gales and widespread overnight frosts expected to affect much of the country.

Temperatures are expected to plummet to -10C (14F) in rural areas this week and last into the weekend. The weather is expected to turn cold and windy by Wednesday evening as a polar maritime airmass, with its origins over northern Canada, moves into northern Scotland and then south across the whole of the UK.

There will be gales which could lead to temporary blizzard conditions as well as a risk of hail and thunder in some locations. Daytime temperatures are likely to be between 2C and 5C, though strong gale-force winds will make it feel much colder.

Overnight, a frost will develop in most places with some severe frost likely where there is snow on the ground in the north. 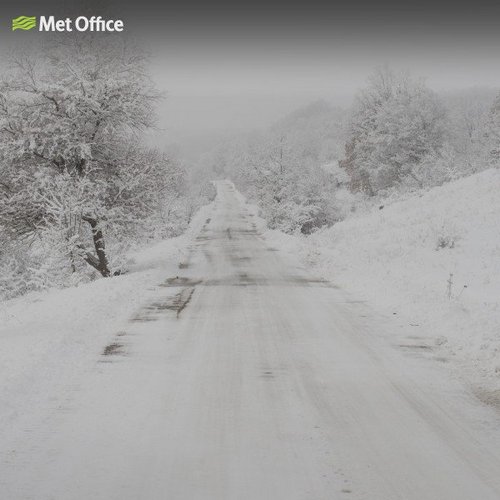 #Snow, dropping temperatures and bitterly cold winds this week – here’s a round up of everything you need to know pic.twitter.com/DFDFFU4743

The heaviest and most frequent snow showers are likely to be across northern and western Scotland, Northern Ireland and around Irish Sea coasts, but eastern coasts will also be affected at times. There will be gales which could lead to temporary blizzard conditions as well as a risk of hail and thunder in some locations.

Although the south of the UK is likely to avoid the majority of the snow showers, it will see a spell of rain on Thursday, with a small chance it could turn to sleet or snow. 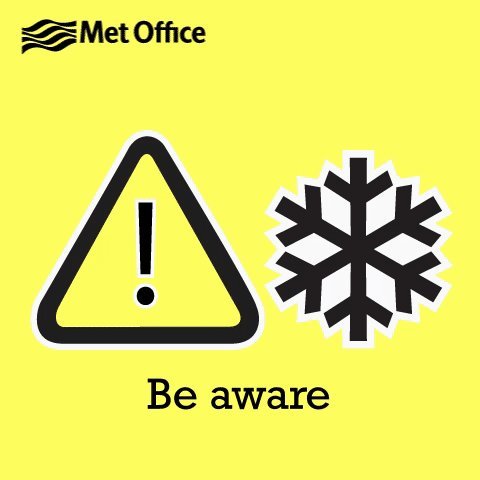 Steve Ramsdale, deputy chief meteorologist said: “Southern counties of England and Wales will see a spell of rain during Thursday, and there’s a chance this could turn to sleet or snow, especially over hills later in the day. Forecasting snow is always challenging and there’s often a fine line between whether it will rain or snow in a particular location, depending on slight changes in air temperature. Keep an eye on the forecast and warnings for your area for the latest information.”

Freezing temperatures across Europe in recent days have led to more than a dozen deaths and major disruption to power, water supplies and transport networks. Temperatures as low as -30C caused ice to form on the Adriatic Sea, the Danube and many small rivers, lakes and ponds.

In Italy, eight deaths were blamed on the extreme cold, and there were two weather-related deaths in Poland on Saturday. In Bulgaria, police said three people, including a man from Iraq and a Somali woman, had died from cold in mountains near Turkey as they travelled to Europe.

Meanwhile, thousands of refugees are enduring freezing temperatures in flimsy tents across Greece. Reports of illness among elderly and infirm people have been rife, with agencies attributing outbreaks of pneumonia and flu to lack of adequate shelter.

More than 100 hippos in Namibia ‘are killed by anthrax’