As the October 31 deadline for the UK to leave the European Union approaches, health professionals are warning that shortages of some medicines could worsen in Europe in the event of a no-deal Brexit. 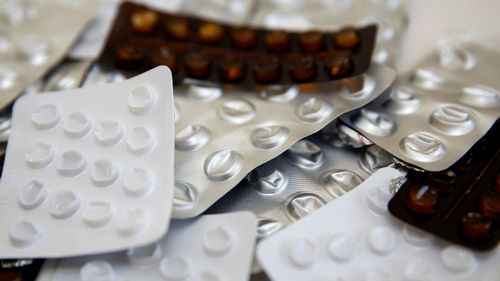 The UK’s food and drink lobby warned last week that the country would experience shortages of some fresh foods if there was a disorderly no-deal Brexit. Pharmaceutical companies have expressed similar concerns about medicines, and some have reserved air freight capacity to fly in supplies if needed.

But the impact on medical supplies will also be felt beyond the UK. About 45 million packs of medicines are shipped from the UK to the rest of the bloc every month, in trade worth nearly $14.5bn in 2016, according to a British parliament report.

Experts say some disruption is inevitable if the UK leaves the EU without a deal. British Prime Minister Boris Johnson has said he will lead his country out of the EU on October 31 without a deal if the EU refuses to negotiate a new divorce agreement.

Some drugs might not have the required regulatory approval by then to continue being brought in from the UK. About a billion packs go in one direction or the other each year, industry data show.

Increased customs controls at ports and other borders between the UK and the EU could also disrupt supplies of drugs and the chemical compounds needed to produce them, regulators and industry representatives say.

“Despite intensive preparation by industry for every scenario, a no-deal Brexit risks disruption to the supply of medicines” throughout the EU, Andy Powrie-Smith, an official at the European Federation of Pharmaceutical Industries and Associations, told Reuters News Agency.

The EU drugs regulator, the European Medicines Agency (EMA), said the bloc was well prepared for Brexit and has finalised authorisations for nearly all the 400 drugs under its watch that required further clearing because of the UK’s impending departure.

But authorisation is pending for three medicines that need EU-wide licences, an EMA official said without identifying them.

Other essential medicines could also be blocked because of supervisory hurdles because of Brexit, EMA data show.

The agency is the only body that can authorise sales in the 28-country EU of new drugs to treat the most common and serious diseases, including cancer, diabetes and flu.

Many other medicines authorised at the national level could also be at risk. Nearly 6,000 of these drugs need to go through a new licensing process after Brexit.

The EMA official said the agency did not have “a full picture” of the situation in all EU states for nationally authorised medicines.

The Netherlands said in February that 50 “critical” drugs were at risk of shortages in the event of a no-deal Brexit. Concerns about most of those drugs have since been resolved, a spokesperson for the Dutch health ministry said, but problems could arise for less essential medicines.

In a report in June, the EU’s executive European Commission included medicines and medical devices in a list of sectors for which “continued and particular vigilance” was needed.

Many EU states already face shortages of some medicines because of problems with production, regulators or distribution.

A survey of 21 European countries showed that all of them experienced shortages of medicines last year, according to the Pharmaceutical Group of the European Union, a pharmacists’ trade body. Vaccines were among the drugs most frequently cited as being in short supply.

The UK will need to authorise hundreds of new medicines on sale now only thanks to EU-wide registrations. The UK imports about 37 million medicine packs every month from the EU, industry figures show.

The UK is also losing supervisory and clinical-trial capacities as many operations have already moved to the EU to remain able to test and approve drugs for the EU market after Brexit. This trend could shrink the local pharmaceutical industry and lead to tighter supplies and higher costs.

EU countries face the same logistical hurdles for their imports from the UK.

In the event of Brexit without a divorce deal, “there will be some problems and delays in the supply chain due to border protocols, but I think we will be able to manage”, said Eric Van Nueten, the chief executive officer of Febelco, Belgium’s largest wholesale trader of medicines.