The truck overturned close to shops as it was travelling through the village of Ahumbe in Benue state on Monday. 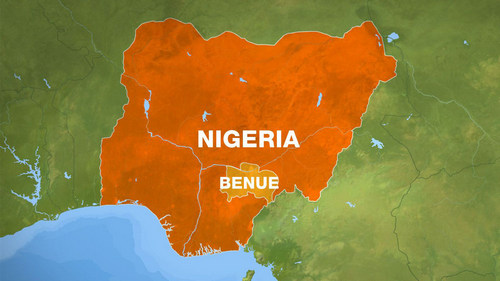 At least 45 people have been killed and more than 100 others injured in central Nigeria when a petrol tanker crashed off the road and exploded as people gathered fuel, officials said.

“We have recovered 45 corpses of the dead while 101 others sustained serious burns,” Aliyu Baba, the federal road safety commission sector commander for Benue state, told the AFP news agency.

“From the look of things and considering their condition, many of them might not survive,” Baba added.

Police and emergency services crews were working to clear the tanker’s charred hulk from the road, an AFP reporter at the scene said. At least one building was gutted by the explosion.

Witness Paul Otukpa said a 14-seater bus was engulfed by the blast, leaving just one survivor. Others were badly injured and taken to hospital.

Petrol tanker and pipeline blasts are common in Nigeria, where despite the country’s multi-billion-dollar oil and gas industry, most people live in poverty.

In January, at least eight people were killed in Odukpani, in the southeastern state of Cross River, when an overturned tanker exploded while people were scooping up its leaking fuel.

That incident came after 60 people were killed last October when a spill at an oil pipeline in the country’s southeast caught fire.