Amid extra-high security and resurgent anger at authorities, crowds wearing Algerian flags on their shoulders, heads and waists poured onto the streets of the capital Algiers for Friday’s pro-democracy protest on the country’s national holiday to mark Algeria’s 1962 liberation from French rule. 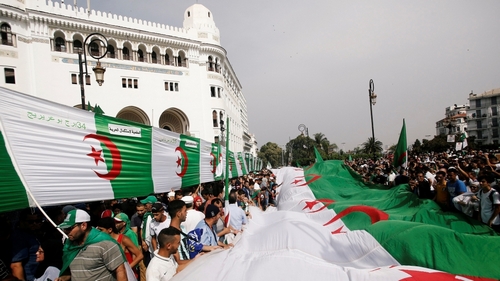 Tens of thousands of Algerians have taken to the streets to celebrate their country’s independence from France and continue calls for a new democratic leadership in the wake of former President Abdelaziz Bouteflika’s resignation in April.

Demonstrations were also held in at least a dozen other cities.

Protesters were also venting their indignation at the arrests last week of several activists brandishing Berber emblems and of Lakhdar Bouregaa, a veteran of Algeria’s independence war.

“What shame a man who liberated the country spends the 57th year anniversary of independence in prison” read one banner. Calls to free Bouregaa rang out at protest marches in other cities where citizens marched.

In Algiers, authorities deployed an unusually large number of police, who confiscated Berber flags from protesters entering the city. Police surrounded the plaza at the central post office that has been a nucleus of the revolt.

‘No to military dictatorship!’

Bouteflika resigned on April 2 after weeks of nationwide protests and under pressure from the country’s powerful military over his bid for a fifth term in office.

Since then, demonstrations have continued in Algeria every Friday to pressure key Bouteflika-era officials and allies of the former leader into stepping down and to call for accountability for widespread corruption within the upper echelons of the government.

On Friday, protesters also chanted slogans against any elections organised by a “mafia gang”.

An already delayed presidential election was postponed again early last month from a planned date of July 4, after only two potential runners – both little known – submitted their candidacies.

“Yes to a civilian state! No to a military dictatorship” read one sign.

Another read “No dialogue with traitors,” in reference to an appeal this week by interim President Abdelkader Bensalah for dialogue in advance of presidential elections.

Bensalah has proposed to create a new “entity” to arrange the elections, and promised that both the government and military would not take part.

On Saturday, political parties, civil society representatives and national personalities are due to hold a meeting dubbed the “National Forum for Dialogue”, which is being held outside the orbit of Bensalah’s planned talks.

The initiative “seeks to put in place mechanisms to end the crisis and move, in a reasonable timeframe, towards the organisation” of a presidential election, according to Abdelaziz Rahabi, a former minister who has backed the protests.

Alongside the creation of independent institutions, protesters are demanding that the police stop arresting demonstrators.

On Friday, Amnesty International said 41 people have been arrested in recent days for flying the Berber flag during demonstrations in what it dubbed an “escalating… crackdown on peaceful protesters” and an “utterly absurd” move.

In a statement, the rights group called “on the Algerian authorities to immediately and unconditionally release the 34 protesters who remain in detention and to respect and protect” the rights to freedom of expression and peaceful assembly.

Djamel-Eddine Taleb, an Algerian journalist, told Al Jazeera the government was attempting to undermine the protest movement by cleaving divisions between demonstrators, but added such a move would not work.

“The Algerian regime is trying to divide and rule by playing the identity card … but most Algerians are willing to sacrifice their time and their efforts for the future of their country,” said Taleb. 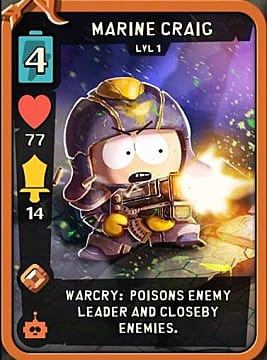