Protest leaders in Sudan have agreed to suspend a civil disobedience campaign launched after a bloody crackdown on demonstrators and resume negotiations with the country’s ruling generals on the formation of a transitional sovereign council, an Ethiopian envoy has said. 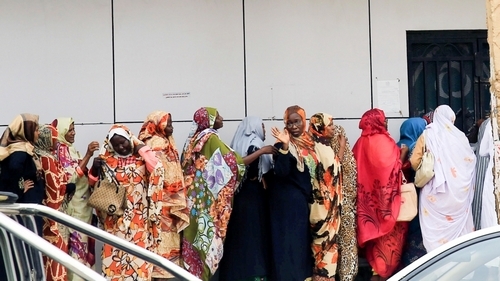 “The Freedom and Change alliance agreed to end the civil disobedience (campaign) from today,” said Drir, who has been mediating since a visit by Ethiopian Prime Minister Abiy Ahmed last week.

“Both sides have also agreed to resume talks soon” on a handover of power to a civilian administration, he added.

The protest movement itself said in a statement that it was calling on people “to resume work from Wednesday” until further notice, though it encouraged people to remain mobilised for possible further action.

Commenting on the announced talks between the two sides, Al Jazeera’s Mohammed Vall said negotiations were going to be “tough”.

“The main sticking point is who is going to lead the transitional sovereign council – is it military majority or civilian majority?”

He added: “It is going to take time before they agree.”

Protest leaders launched the nationwide general strike from Sunday after a June 3 crackdown on a weeks-long sit-in had left scores of people dead.

The opposition-linked Central Committee of Sudanese Doctors (CCSD) says at least 118 people have been killed since the crackdown at the protest camp, the demonstrators’ focal point in their weeks-long struggle for civilian rule. The health ministry acknowledges that 61 people were killed on June 3 across Sudan, including 49 by “live ammunition” in the capital.

Thousands of protesters had camped for weeks outside the army headquarters in Khartoum demanding that the TMC step down and hand power to a civilian-led administration.

Separately on Tuesday, the CCSD on Tuesday on its Facebook page that the Janjaweed militia shot dead at least nine people in the village of al-Dalij in Central Darfur state a day earlier.

The Janjaweed, a militia accused by rights groups of widespread abuses in the Darfur region, have been absorbed in Sudan’s paramilitary Rapid Support Forces, which have been blamed for the deadly dispersal of the Khartoum sit-in.

“Yesterday, they fired live ammunition on citizens in the souk of Dalij,” the CCSD said. “Following the systematic massacre, the doctors in the area of Dalij received 11 dead and 20 wounded,” it added.

“The doctors confirmed that nine citizens were killed by bullets and sticks of the Janjaweed. However, the cause of death of the other two or who they were was unclear,” the committee said, adding the militia had “spread death on citizens for ages”.

The committee said it was unable to gather information of Monday’s killings earlier because of the difficulties faced following a “cut in communication” lines amid nationwide internet outages.

The Janjaweed were recruited when Khartoum trained and equipped Arab raiders to crush an ethnic minority rebellion in Darfur that erupted in 2003.

The groups were sent to attack villages on camel and horseback as part of a brutal campaign that saw al-Bashir indicted for war crimes, crimes against humanity and genocide by the International Criminal Court.

The Darfur conflict erupted after ethnic minority rebels picked up arms against al-Bashir’s then government, accusing it of marginalising the region economically and politically.

Is Sudan’s military prepared to give up power?