Protesters on Wednesday threw fireworks and rocks at the police, who responded by firing tear gas, rubber bullets and water cannon. Medical workers were seen treating dozens of protesters affected by tear gas and using oxygen to revive some who had passed out.

Demonstrations against the result of Indonesia’s presidential election have turned violent for a second consecutive night, with protesters opposing to the reelection of President Joko Widodo clashing with security forces in the capital, Jakarta.

Authorities blamed the violence on paid “provocateurs”, citing money-filled envelopes they said were found on some of the 257 demonstrators arrested.

“After questioning, the suspects admitted that they were told to riot and that it was planned,” Argo Yuwono, a spokesman for Jakarta police, told reporters. “We are still looking for the person who gave the instruction and the money.”

Anies Baswedan, the governor of Jakarta, said six people were killed in the first night of rioting, while state news agency Antara reported that three hospitals had so far treated more than 350 people for wounds.

The unrest followed an announcement in the early hours of Tuesday by the General Election Commission confirming that the incumbent leader – who is widely known as Jokowi – had beaten rival Prabowo Subianto in last month’s vote.

Jokowi won more than 85 million of 154 million votes cast but Prabowo alleged “massive cheating and irregularities” and refused to concede defeat. The retired general has said he would challenge the results in court, as he did, unsuccessfully, against Widodo after losing the previous election five years ago. 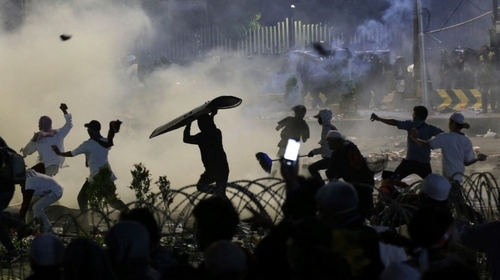 Election officials and analysts have discounted Prabowo’s claims, but many of his supporters appeared convinced of rampant cheating in the April 17 poll.

“They cheated on us in 2014, we don’t want it to happen again, enough is enough,” a protester told Al Jazeera earlier on Wednesday, when the crowd was small and peaceful.

“Getting justice through the courts is impossible with the government we have now. So we come here. We don’t care about our safety, we are prepared to give our life.”

For his part, Jokowi called for calm but also warned against disruption.

“I open myself to anyone who wants to develop this nation, but I won’t tolerate anyone who tries to disrupt public security, the democratic process or the unity of our… country,” Widodo said at a press briefing, flanked by his chief security minister and the head of the military.

Early on Thursday, Prabowo called for the protesters to go home, and again urged them to avoid violence.

“Trust in your leaders. We are struggling in the legal and constitutional way,” he said in a video on his Twitter feed. “We’re all looking for the best solution for the nation.”

Al Jazeera’s Florence Looi, reporting from Jakarta, said the protests were “likely to continue into Friday”, when Prabowo was expected to file a complaint with the Constitutional Court to challenge the election result.

Authorities say 40,000 police and soldiers have been put on duty across Jakarta to maintain security this week.

The government has also temporarily blocked some social media functions, saying the move was aimed to prevent inflammatory hoaxes and fake news that could fan unrest. 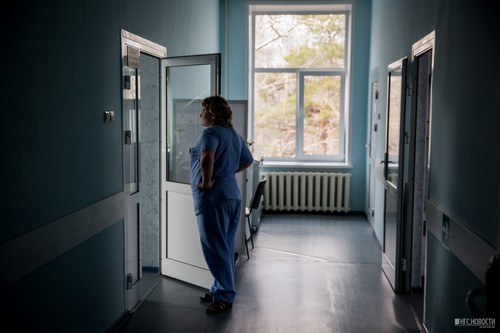