A bombing campaign by Russian-backed Syrian government forces against a string of rebel-held towns and villages in Syria’s northwest has hampered food distributions in the area, the United Nations food agency has warned. 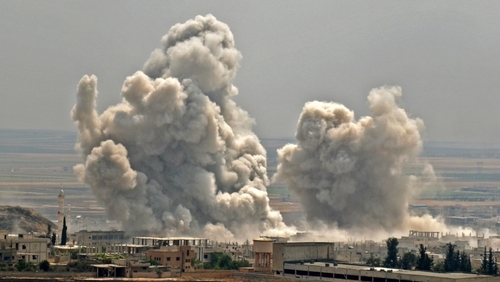 The World Food Programme (WFP) and its partners at times have had to “temporarily interrupt distributions in the southern parts of Idlib” due to the latest escalation of violence that erupted on April 30, the UN body said in a statement on Tuesday.

The WFP said that since May, it has been unable to reach some 7,000 people in the area of Qalaat al-Madiq, where there has been intense fighting.

“Worryingly, agriculture has also been severely impacted, with satellite-based assessments indicating that at least 18,000 acres of farmland has been burned in recent weeks,” the statement added.

The UK-based Syrian Observatory for Human Rights and the Syria Civil Defence, also known as White Helmets, have reported air raids on different parts of Idlib province – Syria’s last major rebel stronghold – over the past weeks.

Rescuers have said the major aerial campaign has killed over 1,500 people, with more than half of them being civilians.

On Monday, aerial attacks killed at least 25 people, mostly civilians, according to rescuers and local residents.

They said fighter jets flying at high altitude – described by monitors as Russian Sukhoi jets – dropped bombs on the village of Jabala in southern Idlib province, with rescuer teams so far pulling out 13 bodies, including women and children.

Russian jets were also behind several raids that hit the town of Khan Sheikhoun, Kfar Battikh and several other villages that left at least another 12 civilians dead, according to another local rescuer.

According to the UN, more than 300,000 people have fled the frontlines to the safety of areas near the border with Turkey.

The Russian-backed offensive has so far failed to make major inroads into rebel territory in northern Hama and southern Idlib provinces, where mainstream rebels backed by Turkey alongside former al-Qaeda affiliate Hay’et Tahrir al-Sham are putting up fierce resistance.

But analysts predict that Syrian President Bashar al-Assad and his allies will continue to chip away at the area.

Moscow blames the rebels for breaking a truce by hitting government-held areas and says Turkey has failed to live up to its obligations under a deal brokered last year that created a buffer zone in the area that obliges it to push out fighters.

Signed by Russia and Turkey, the September agreement was supposed to avert a full-out government offensive on Idlib province and adjacent areas, home to about three million people, nearly half of whom have been displaced from other parts of Syria.

Syrian government forces, however, have consistently broken the terms of the ceasefire, launching frequent attacks inside the de-escalation zone.

During the six weeks of fighting, a total of 24 health facilities and 35 schools have been hit so far, according to the UN’s humanitarian office.

The deal was also meant to help the Syrian government gain control over what was once a major commercial highway linking the country to neighbouring Turkey and Jordan.

Opening the commercial and passenger routes through Idlib province would reassert the state’s control over an economy fragmented during eight years of war.

Hundreds of thousands of people have been killed since the Syria conflict started in 2011, while millions more have been forced from their homes.

Has the capability to President-elect Alberto Fernandez cook Argentina’s problems? 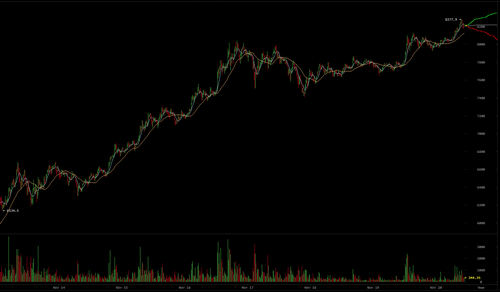