This week should have marked another significant milestone in Kenya’s off and on struggle with governmental corruption. For the first time, a sitting finance minister, Henry Rotich, and 27 other government officials, were indicted on Monday over the award of a controversial $630m project to Italian firm CMC Di Ravenna. The contract was for the construction of two dams whose cost had allegedly been inflated by nearly $200m. 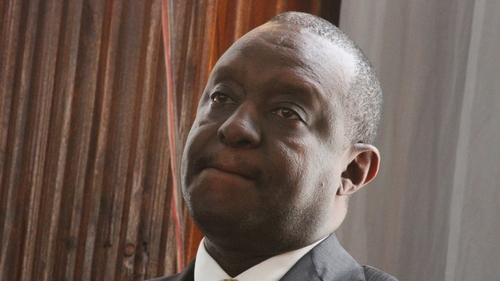 However, the sensational news of the arrests overshadowed what is probably a much more significant -yet little commented on – incident. During a Punchline interview on the night before (Full disclosure: I consult for the show), the country’s Deputy President William Ruto revealed that the government did not know how much it loses to corruption every year.

“We do not have a quantified [figure] ,” was his answer to the question whether the government knew how much was being stolen.

It was a shocking admission. Ruto cast doubt on the commonly cited figures for the scale of corruption in Kenya, including that given in 2016 by the then-head of the country’s anti-corruption agency, Philip Kinisu, who said that a third of the state’s annual budget goes missing – at the time the equivalent of about $6bn. The deputy president appeared to specifically rubbish an estimate of $8bn offered in June by US Ambassador, Kyle McCarter.

It is true that calculating the total amount of money stolen is fraught with difficulty, especially in an environment where much of the theft goes either undetected, unreported or unpunished, largely due to the complicity of the very state officials paid to prevent it. The amounts quoted therefore often amount to little more than educated guesses. However, it is nonetheless concerning that Ruto could not even offer a ball-park figure. It raises the question of how the government measures success in stemming the haemorrhage – if you don’t know how much is being lost, how would you know whether the bleeding is slowing or getting worse?

Perhaps recognising the hole he had inadvertently dug the administration into, Ruto suggested that success against corruption could be measured in terms of the increase in government expenditure on development projects, such as the Standard Gauge Railway (SGR), the largest public infrastructure project in the country’s history. He argued that the government could not possibly undertake such projects unless it was succeeding in stanching the bleeding.

It is a spurious argument. Just because someone is able to go shopping does not mean they haven’t been robbed. Secondly, much of the development infrastructure is being financed through debt, rather than through money saved from corruption. The SGR alone may end up costing nearly $9bn, much of it borrowed from the Chinese.

Even worse, Ruto conveniently ignores that it is these very projects that are providing the impetus and opportunities for corruption, as demonstrated a day later by the indictments against Rotich and his alleged co-conspirators. The SGR, for which the World Bank in 2013 said there exists “no economic or financial case”, already appears to be little more than an exercise in looting on a grand scale. One consultant quoted in the Economist magazine in 2016 described it as “a third-rate railway for the cost of a very expensive one”.

Ruto even resorts to rubbishing the figures that the government itself produced which show that the outlook for the SGR is less than rosy. In May, the Kenya National Bureau of Statistics revised SGR earnings in its first full year of operations by a massive 44 percent, showing it had only made $57m during the year against an operating cost of more than double that.

“That is fake news,” Ruto declared and rattled off a different set of figures – without revealing his source. “If I didn’t have my facts right, then I wouldn’t deserve to be the deputy president of Kenya,” he concluded.

Yet Ruto himself is not the most credible of sources. A year ago, he claimed the SGR would break even by the end of 2018. In the Punchline interview, he now says it will do so by mid-next year. It is reminiscent of a similar promise he made about the construction of sports stadiums, which were promised during the 2013 campaigns and to date are yet to be built. In the campaigns for the 2017 elections, he said construction was under way and they would be completed by the end of that year. Now he says the government is targeting “the end of this year or the first quarter of next year”.

Politicians lying is nothing new for Kenyans. But this is much more dangerous. When, following in Donald Trump’s footsteps, public officials refuse to believe reports they do not like and make up figures to cover up their incompetence, it not only undermines the public’s ability to hold them to account but also poisons the political discourse. It is not just a question of spin-doctoring. It is about undermining the factual basis for rational debate by manufacturing and weaponizing doubt. It is a tactic that was successfully employed for many years by the tobacco industry and that has become a favourite of climate-change deniers. Its purpose is to ensure public action to remedy systemic failures, in this case, corruption, does not actually take place.

In the end, the deputy president’s Trump-esque obfuscation only serves the interests of the corrupt. It keeps the headlines focused on means – such as high-level indictments – which we can count. It prevents Kenyans from asking about the ends, whether the prosecutions are actually leading to less public money being stolen. The proliferation of corruption scandals in the media clearly suggests that they are not. Nor were they ever likely to if not backed up by system-wide reform.

And that’s what the deputy president would rather Kenyans did not spend too much time thinking about.