What do police need to do next?

The priority for the investigation is to establish how Dawn Sturgess and Charlie Rowley came into contact with the nerve agent, police have said.

About 100 detectives from the counter-terrorism policing network are investigating alongside colleagues from Wiltshire police, according to Neil Basu, assistant commissioner of specialist operations at Scotland Yard.

Basu said a number of sites in Amesbury and Salisbury, areas which they think the pair visited before they fell ill, have been cordoned off. He said there was “no evidence” that either of the two had recently visited any of the sites decontaminated after the attack on Sergei Skripal and his daughter, Yulia.

Basu said there would be an increased police presence, with officers wearing protective equipment as they worked at the cordoned-off sites.

What are the possible links?

Basu said investigators were not in a position to say whether the nerve agent was from the same batch the Skripals were exposed to.

However, he said: “The possibility that these two investigations might be linked is clearly a line of enquiry for us.”

Scientists will now work determine the source of the novichok. Basu added: “We know what the nerve agent is but we don’t know what the transmission of it was.”

While laboratories that are used to police chemical weapons incidents have databases of nerve agents, few outside Russia are believed to have full details of the novichok compounds and the chemicals needed to make tem.

Asked if the pair may have been deliberately targeted, he said: “That is a theory but it’s speculation at the moment. We don’t have any intelligence or evidence that they were targeted in any way. There is nothing in their background to suggest that at all.”

What is the government response?

The home secretary, Sajid Javid, is chairing a meeting of the government’s Cobra emergency committee on Thursday morning. It follows another on Wednesday morning when officials were briefed on the situation.

Cobra meetings are used in national crises, aiming to make swift and direct decisions after talks between senior politicians, military officials and intelligence agencies, depending on the situation.

What is Public Health England’s advice?

Prof Sally Davies, the chief medical officer for England, said the Skripal case meant officials had a “well-established response” in place. She said: “You do not need to seek advice from a health professional unless you are experiencing symptoms.”

Public Health England issued the following “highly precautionary” advice to anyone who visited five locations identified by police between 10pm last Friday and 6.30pm on Saturday:

Should people be worried?

The risk to the general public remained low, Davies said.

Anyone who had been exposed to the same source of contamination would by now be showing severe symptoms.

Contaminated sites in Salisbury that were at the centre of the previous investigation, such as the Maltings, were completely safe, Basu said. 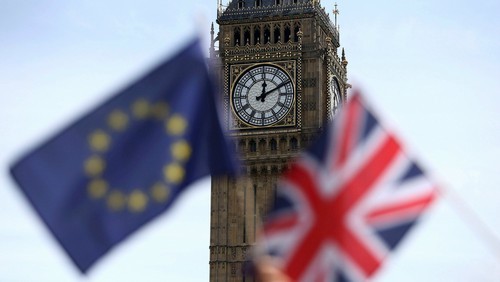 Bull Trap? Bitcoin Cash Price Is Up, But Gains May Be Short-Lived