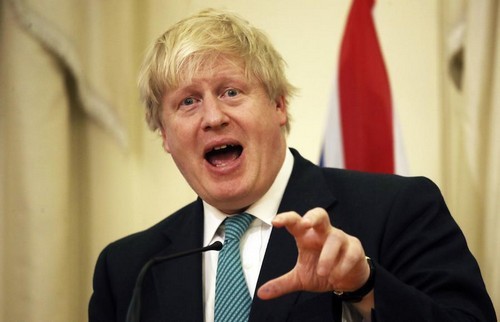 Russian President Vladimir Putin will try to bolster Russia’s image through hosting the World Cup in a similar way to how Adolf Hitler used the Olympics when it was held in Nazi Germany, Britain’s Foreign Minister Boris Johnson said on Wednesday.

Russia is hosting the World Cup in June and July this year, and Johnson agreed with a lawmaker who said Putin would use the tournament to improve Russia’s image, comparing it to when Hitler’s Germany hosted 1936 Olympics.

“Your characterisation of what is going to happen in Moscow in the World Cup, in all the venues — yes, I think the comparison with 1936 is certainly right,” Johnson replied during a question and answer session with lawmakers.