More than 100 people have been killed in the besieged Syrian enclave of eastern Ghouta since the UN security council unanimously called for a month-long ceasefire, rescue workers said.

The death toll of 103 since Saturday highlighted the paralysis of an international community that had demanded the ceasefire and the delivery of humanitarian aid. The continuing violence also raised further doubts over the sincerity of Russia, the Syrian regime’s main patron, which had ordered daily five-hour truces and the opening of “humanitarian corridors” for fleeing civilians.

“The regime is lying to us and lying to the whole world, that Russia and the regime are these humanitarians who care about civilians and that people don’t die,” said a local journalist in eastern Ghouta. “In a very short period they killed more than 500 people and wounded more than 4,000, so they shouldn’t pretend all of a sudden to be humanitarians.”

In some of the worst bombardment campaigns of the war in Syria, hundreds of people have been killed in eastern Ghouta, a rebel-held enclave that is home to about 400,000 people that borders the capital of Damascus.

Calls for an end to the violence have largely fallen on deaf ears, despite a UN security council resolution demanding a ceasefire “without delay.”.

The Russian president, Vladimir Putin, replaced the resolution with his own plan for a five-hour daily truce, which residents say reduced the airstrikes on the area between 9am and 2pm, though shelling usually continued. The plan also called for the creation of a humanitarian corridor in Wafideen, an area north of eastern Ghouta.

Britain called for a debate on Friday at the UN human rights council to discuss the situation, but western powers have little leverage over Russia and the Syrian president, Bashar al-Assad, and have achieved little beyond strongly worded statements.

The US president, Donald Trump, and the German chancellor, Angela Merkel, jointly called for the ceasefire to be implemented on Friday.

Geert Cappelaere, the Middle East director for Unicef, said: “The UN security council resolution – unanimously adopted nearly a week ago – created an opportunity for hundreds of thousands of children to finally get respite from the brutal and unabated violence they have been living through.

“But as the days went by, these hopes turned into illusions, the windows shut abruptly in our faces. Because, for children in Syria, nothing has changed, nothing.”

Moscow said it had opened the humanitarian corridors for civilians to leave, but residents said the violence had not abated enough for them to contemplate such a possibility.

They also said few civilians trusted the Syrian government not to detain them if they did leave, and resented the idea of forcible displacement from their homes. They also feared the region would be destroyed by regime troops and their communities shattered by displacement.

“The talk of humanitarian corridors is not realistic because until this moment there is heavy bombing, and all the people are still sitting underground,” said one doctor in the enclave. “There needs to be a ceasefire, people need to know about it, there needs to be more than one corridor. People don’t even have the money to pay for gas to take a car to the one in Wafideen.”

He added: “People are also scared. The regime cannot be trusted … People are scared of revenge killings. They are also attached to their land, homes, shops. We haven’t been displaced, but we have seen those who have been displaced, and they are unhappy, their communities have been destroyed.”

He
said the perpetrators would be held to account.

“Once again, I must emphasise that what we are seeing, in eastern
Ghouta and elsewhere in Syria, are likely war crimes, and potentially
crimes against humanity,” he said. “Civilians are being pounded into
submission or death. The perpetrators of these crimes must know they
are being identified; that dossiers are being built up with a view to
their prosecution; and that they will be held accountable for what
they have done.” 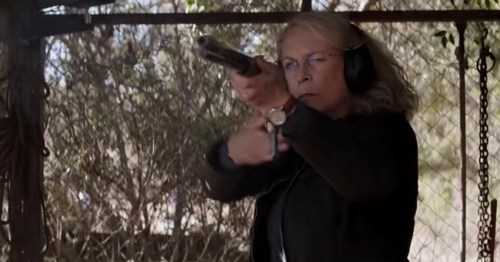