Vavilova and Bezrukov were arrested at their Boston home in 2010, part of a group of 10 Russian spies detained by the FBI, most of them illegals living in the US as ordinary Americans or Canadians. They were deported to Russia in a spy swap that included media favourite Anna Chapman and also involved four Russians accused of spying for the west travelling in the other direction, including Sergei Skripal, who was infamously poisoned in Salisbury last year.

“A spy has to be an actor, but an actor that doesn’t need a public or a stage, and doesn’t require the approval of others,” says Elena Vavilova, as she sips a cappuccino in a Moscow cafe.

Vavilova acted the part of a Canadian woman named Tracy Foley, an identity stolen for her by the KGB, for two decades. Almost no one knew her real identity, not even her own children. She was an “illegal”, a deep-cover Russian operative sent to the west along with her husband Andrei Bezrukov, who used the name Donald Heathfield.

Vavilova has written a fictionalised account of her spying career, called The Woman Who Can Keep Secrets, and agreed to meet the Guardian at a cafe in central Moscow, the first time any of the deep-cover illegals has spoken to non-Russian media since their return to the country.

The book provides rare insight into the illegals programme, which was set up by the Soviet Union but continued in modern Russia. Its characters, just like Vavilova and Bezrukov, are a couple who meet at Tomsk University in Siberia in the 1980s, are recruited by the KGB into the top-secret programme and spend years in training before they are dispatched to Canada and the US.

The training includes long hours of language lessons to mimic native accents; evading surveillance, coding and other espionage tradecraft; and a period of living in a country house outside Moscow mocked up to mimic an US home, to help the young Siberians who had never travelled before learn about western life.

In real life, Bezrukov and Vavilova married in the Soviet Union before departing, but they left for the west separately in the late 1980s, staged a meeting in Canada, began “dating” and then married for a second time, this time using their new, Canadian identities. They never spoke Russian together. Vavilova speaks perfect English, though with a noticeable Slavic accent. During her life in the west she claimed to be of French Canadian origin to explain the accent.

The day we discovered our parents were Russian spies

The ideal illegal, she says, is someone who is average looking, does not attract attention and does not require external approval. During the final years before the arrests, when the couple were living in Boston, Vavilova worked as a estate agent, while sending regular coded messages back to controllers in Moscow.

Much of the book is devoted to how the couple managed life with their two children. Vavilova and Bezrukov’s sons Alex and Tim were 16 and 20 respectively when the FBI made their arrests in 2010, and both believed their parents to be ordinary Canadians.

If Vavilova’s story sounds familiar to fans of the US television series The Americans, it’s because the creators based the show on the story of her family, though they moved the action back to the early 1980s. Vavilova says little of the television series bore much resemblance to reality.

“After watching The Americans, I thought: ‘Well, that’s not the real work and that’s not how it’s done.’” The show captured the flashbacks and psychological dilemmas faced by illegals well, she says, but the sex and murder shown were not part of her work. Vavilova and Bezrukov used no violence and no disguises. The whole point was to create a fully believable character who would live a mainly “normal” life. 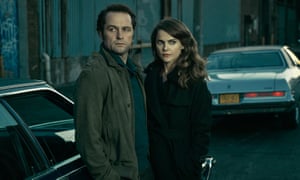 “If one day you come and do something like James Bond, then that’s it and you’re done, you can’t sustain a longer life and work doing that. People think it’s always on the edge, but actually most of it is very routine and very boring.”

She admits her preparation involved weapons training and karate, but says she never had to use it in the field: “The most it’s good for is self-confidence. In the beginning, if you don’t feel comfortable in certain neighbourhoods, you know that at least you can do something and remember a few moves and could get away from a robber or someone who attacks you.”

The FBI discovered the group because the US had turned Alexander Poteyev, the deputy head of Russia’s illegals programme, who escaped shortly before the roundup and is now living in hiding in the US. Vavilova confirms she knew Poteyev personally but says she is unsure if his decision to work for Washington was motivated by money or ideology.

In the aftermath of the 2010 spy swap, the general understanding was that the group had achieved little of intelligence value, but Vavilova claims this was not the case. “Of course I can’t talk about it, but I know what we were doing, and it doesn’t matter what others say,” she says. 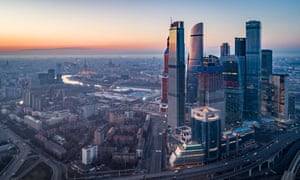 Vavilova and her husband were deported back to what she says was a very different Moscow in the spy swap of 2010. Photograph: Dmitry Serebryakov/TASS

On their return to Russia, the illegals were invited to the Kremlin to meet Vladimir Putin. Bezrukov now has a job teaching at a Moscow university and an advisory role at a Russian oil company. Vavilova also has a consultancy role at a company, though does not give details, and does not want to discuss current Russian politics.

She admits though that parts of returning home were hard. She left the Soviet Union in the 1980s during perestroika, Mikhail Gorbachev’s attempts to reform the country, and returned to Putin’s Russia, where two decades of capitalism have changed Moscow beyond recognition.

“I didn’t know anything about contemporary culture, and it was only when we came back that we discovered the main political figures of the day. The only news we had about Russia was short items we saw on CNN. It’s very strange to find out that we actually don’t know our own history.”

In many ways, she remains a patriot of the Soviet Union today. “I grew up during Soviet times, so that was my life, what I knew, what I believed in and what I thought was a fair society, so this hasn’t changed really,” she says. Yes, maybe it was not perfect, but no society is perfect.” 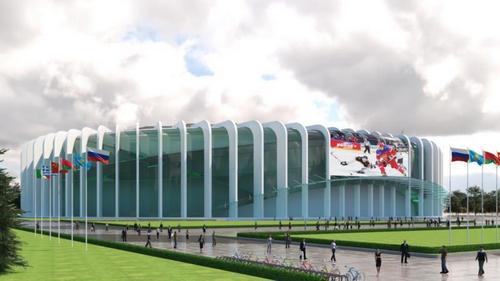 Coronavirus immunity: what investment projects of St. Petersburg will survive?