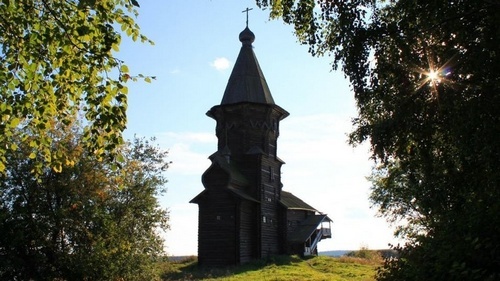 A historic,wooden 18th century church has been burned to the ground in northwestern Russia.

The Dormition Church of Kondopoga was built in Russia’s republic of Karelia in 1774 and was given protective status in 1960.

A photo posted on the local community board on Russia’s Vkontakte social network showed the church’s steeple engulfed in flames.

“By the time firefighters had arrived, the fire had spread across 60 square meters. The church has fully burned,” Interfax quoted a regional emergency official as saying Friday.

The blaze was believed to have been caused by carelessness on the part of tourists, regional cultural heritage protection authorities told Interfax.

No casualties were reported.